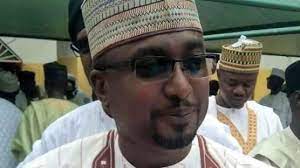 The Independent National Electoral Commission, INEC, on Friday, displayed the name of Sadiq Aminu-Wali as the gubernatorial candidate of the party ahead of the 2023 general elections.

Kano State PDP had split into two factions.  Either side conducted primary elections that produced Wali and Muhammad Sani-Abacha respectively as governorship candidates.

INEC had before now recognised Abacha as the authentic PDP governorship candidate in the state, following a Federal High Court ruling that recognized Shehu Sagagi’s faction that produced him.

In a twist of event, the Kano office of INCE on Friday displayed the name of Mr Sadiq Wali, alongside his running mate, Yusuf Dambatta, as the bona fide governorship and deputy governorship candidates for the 2023 election.

Other governorship candidates that made the list included the All-Progressives Congress, APC standard-bearer and deputy governor of Kano State, Nasiru Gawuna.

Abba Kabir-Yusuf, who is flying the flag of New Nigeria Peoples Party, NNPP, has also made the list alongside his running mate, Aminu Abdulsalam.

Salihu Tanko-Yakasai of People’s Redemption Party, PRP, also made it to the list.

My country 9ja!!! Why these twists and turns on PDP governorship candidate in Kano?. It was Sadiq, No Abacha and today Sadiq again. We are all ears to hear who will finally get the ticket