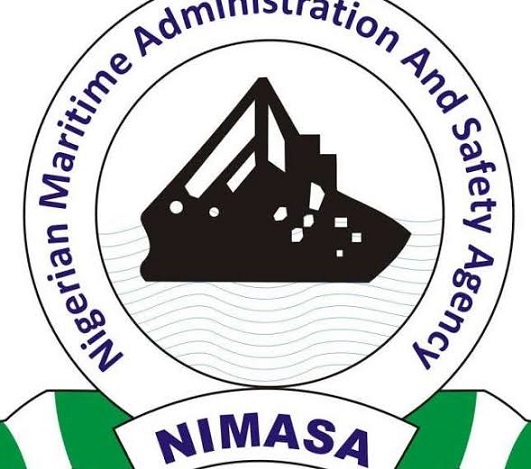 The Director General, Nigerian Maritime Administration and Safety Agency (NIMASA), Dr Bashir Jamoh, has said that the reforms introduced by his agency have led to the successful removal of Nigeria’s maritime sector from danger zones.

The certification, according to him, was issued by the International Maritime Bureau courtesy of the progress recorded by the agency in securing it over the years.

A statement by the Principal Information Officer, Aliyu Umar Aliyu on Thursday said The DG made this known recently when he received the Director General, Bureau of Public Service Reforms (BPSR), Dr Dasuki Ibrahim Arabi, during an advocacy visit to the Commission.

“Today Nigeria is no longer on the danger list, we have been removed by the International Maritime Bureau.

“We are no longer one of the most dangerous nations to trade with, in terms of maritime security.

“By December 2020, the result of maritime insecurity led to the experience of one ship attack per day. At that time, we had recorded six attacks in a week.

“By the second quarter, we hit a 27-year record of reduction of attacks on our maritime domain.

“And by December 2021, we have beaten 27-30 years of experience with a drastic reduction of up to 75 percent in terms of attack. I am happy to announce that as of last month (June 2022), we have clocked two months of record without a single attack.

“The joint industry working group came in, where the international community, international organizations, international cargo owners like Bimco, and the rest all joined to sit down and discuss problems and solutions on how to tackle the issue of maritime insecurity.

“From there, we now graduated to introduce the Shelve of Guinea, all these are reforms that helped us to achieve the success we have recorded,” Dr Jamoh explained.

He added that, over the years, the agency has embraced a number of reforms and the element of sustainable management system under the government requirement. Among the concerns of the agency is in order to ensure that their competitiveness and sustainability as to promote maritime mandate given to them.

“In doing so, over the last 2-3 years, we introduced a number of reforms, which includes Compendium of Internal Policies, advancements of our own conditions of service (which was just approved about 2-3 months ago).

“Even though there are some amendments that triggered implementation of our own conditions of service, which we are applying back to the Head of Service, to ratify some issues.

“We introduced innovations in infrastructure for communication with the agency. The DG may wish to go to the first floor, where we build the Customer Experience Centre.

“It is a center that interfaces between the agency operations and the stakeholders, and it operates in terms of computerization of complaints and inquiries, as to how we can address them in order to give up-to-date information on what we are doing. And where there are shortcomings, we address it.

“The Customer Experience Center is under the supervision of SERVICOM, in order to have an effective service delivery in our own agency.

“Also, in terms of assets and environmental safety and protection capabilities, we introduced a number of tools in terms of infrastructure, I am sure he DG must be appraised on the deployment of the Deep Blue Project Assets.

“These are assets that are state of art, appreciated worldwide, as a result, number of countries have been able to complement what we have put in place.

“Just last week Monday, I was in the Federal Ministry of Finance, Budget and National Planning, to sign an agreement with Japanese’s government, for the construction of additional balls for securities, worth about $2.78 million, donated by the Japanese government, in appreciation of what the Nigerian government and the agency put in place to ensure maritime security in the Gulf of Guinea is been sustained.

“In similar vein, the Korean government donated a similar warship, which any moment from now, we may have to bring it to Nigeria, this also is as a result of the appreciation of the effort the Nigerian government and NIMASA put in place to the project,” he added.

Responding, the BPSR DG hailed the agency for the reforms, while applauding them for being frequently responsive to its enquiries and guidance.

While speaking on the efforts being made to reform the Nigerian Public service in the last 20 years, the DG BPSR said the Bureau’s ultimate vision was to ensure that by the year 2025, Nigeria ranks among the 20 best public services in the world.

To achieve that, Arabi said the BPRS developed a Self-Assessment Tool SAT which was used to monitor and assess performance of the Ministries, Department and Agencies of Government, with a view to enhance Performance.

He revealed that the Public Service Reforms implemented by Nigeria such as the Treasury Single Account TSA and the Integrated Payroll and Personnel Information System IPPIS, have elicited interest from foreigners who want to visit Nigeria and study its journey and experience with such reforms.