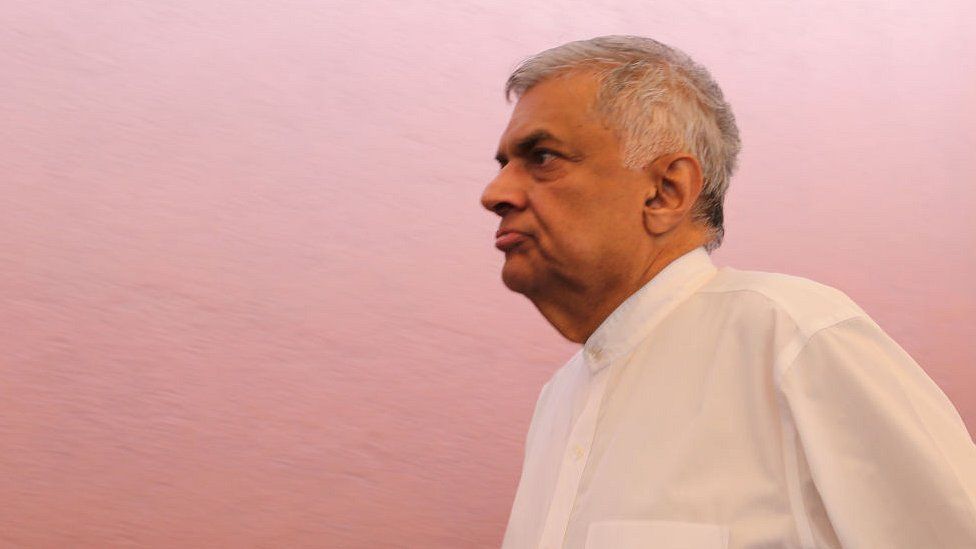 Sri Lanka’s MPs are voting for a new president after their former leader fled the country and quit amid protests over the country’s economic crisis.

Prime Minister Ranil Wickremesinghe, currently interim leader, has been nominated for the role by the ruling party and is seen as the frontrunner.

But protesters want him to go too after President Gotabaya Rajapaksa resigned.

The PM faces a serious challenge from Dullas Alahapperuma, a dissident ruling party MP backed by the main opposition.

Whoever is elected by parliament will have a mandate to serve out the rest of Mr Rajapaksa’s term, which ends in November 2024.

Sri Lanka is effectively bankrupt and facing acute shortages of food, fuel and other basic supplies.

The country needs a stable government to continue stalled negotiations with the International Monetary Fund (IMF) for a bailout package.

Mr Rajapaksa’s administration and family, which have ruled the country for nearly two decades, have been blamed for the current crisis.

He fled to the Maldives last week after crowds took over government buildings, demanding political leaders – including Mr Wickremesinghe – step down. Mr Rajapaksa then flew to Singapore and officially resigned late on Thursday.
Barricades were set up in front of parliament ahead of Wednesday’s vote.

A total of 225 parliamentarians will cast their vote. If a contender receives more than half of the preferential vote, they win the position outright.
It is a three-way contest between Mr Wickremesinghe, Mr Alahapperuma and Anura Kumara Dissanayake, leader of the left-wing Janatha Vimukti Peramuna party, which commands just three seats in parliament.
Mr Alahapperuma is a senior MP from the governing Sri Lanka Podujana Peramuna (SLPP) – the Rajapaksas’ party which swept to victory in a landslide in the last elections.

A former minister under that administration, he was among the cabinet members who quit en masse shortly after protests began in April. However, he does not have any top-level governance experience.

Opposition leader Sajith Premadasa was initially expected to run for president, but in a last-minute twist on Tuesday he withdrew from the race, saying it was for the “greater good” of the country.

He added his party – which has about a quarter of the seats in parliament – would work towards Mr Alahapperuma’s victory. Reports say he could get the job of prime minister in such an eventuality.

Mr Wickremesinghe, a six-time prime minister who has never served a full term, is perhaps the most contentious of the three candidates.

Some protest organisers have vowed to continue demonstrating if he becomes president, with many pointing out that he has close links with the Rajapaksa family.

“He came into power saying he was going to hold everyone accountable, the Rajapaksas even, but he did nothing,” said university student Anjalee Wanduragala.

“It’s absurd to think that people are going to trust him again.”
(BBC)

The Johnson: “Tears wouldn’t even allow me to type” -Jennifer