See Nigerians Who Play in the U.S.A UPSL 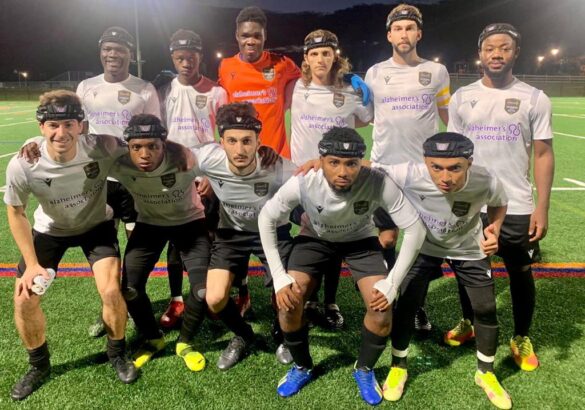 The name Gabriel Dansu may not sound familiar to most football followers in Nigeria, despite starting his football career in one of Africa’s most popular metropolises, Lagos.

Born in Nigeria, the 5’9 inches tall central midfielder began his football career with Splendid Youth Football Club, Lagos, between 2010-2013, before leaving for Ako Football Club in the Federal Capital Territory, Abuja, where he spent two years with the club.

Shortly after leaving the shores of Nigeria, Dansu would join African United FC in the United States of America (USA), spending the whole of the 2017-2019 Seasons with the Club.

Desirous to improve on his professional career, the player switched allegiance to Selecta FC, still in the United States, where he played for one season.

The right-footed Gabriel Dansu who can also operate as a winger currently plays for Pittsburgh City FC, a club in United Premier Soccer League (4th division) in the United States, and has been valued at several thousands of US Dollars as he continues to win the admiration of clubs and scouts both within and outside the United States due to his excellent passing ability, ball control, dribbling skill, shooting and shielding attributes, mobility, sharp and lethal understanding of the game.

The midfielder can both create and score goals.