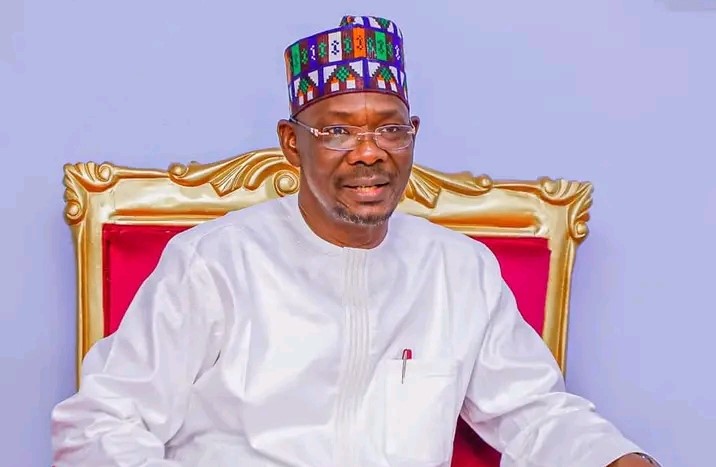 Nasarawa State Governor, Engr. Abdullahi Sule has thumbed up the Solid Miners, as Nasarawa United Football Club is nicknamed, for beating MFM FC 1-0 away from home on the final day of the campaign and finishing the 2021/22 Nigeria Professional Football League season in the top ten spots.

In a congratulatory message sent to the Club’s official WhatsApp Group, the Governor wrote: “Masha Allah!

“You see how this one goal has catapulted us to no. 6!!

“The way we are moving forward, I can see Rangers International FC and Kwara United FC watching us carefully.

“God, we are grateful!

Before the MFM and Kano Pillars’ games, Governor Sule who follows every activity of the Club via its official WhatsApp platform had sent a powerful message to the Solid Miners following their disappointing 3-0 away loss to Kwara United on 3rd July 2022, tasking them to do all they could to defeat Kano Pillars FC in their last home match to guarantee their place in the league next season.

“Oh! Well, we get up and brace up for the next MUST-WIN match.

And when the team scored against Kano Pillars in the 64th minute through King Osanga, the sports-loving Governor, in the 83rd minute of the game, quickly wrote: “Oh, Allah! You know that we need to win this game. We pray the score stays like that for the next few minutes, Oh, Allah!”

After regulation time ended 1-0 in favor of United in that game, the Governor, in an ecstatic mood, said: “Way to go, guys! You have made us very proud.

“What a happy Sallah!

The Governor’s love for sports has been described by many as unparalleled and the rationale behind the massive transformation being witnessed in the youth and sports sector in the State.

In a related development, the Nasarawa State Commissioner for Youth and Sports Development, Hon. Amb. Lucky Isaac Yargwa, has showered praises on Nasarawa United for attaining an enviable feat against all expectations.

According to the Commissioner, he said, “Kudos to our darling football Club for making all of us proud. Nobody gave them a chance to attain this height, especially looking at how things were with them from the beginning and middle of the season.

“We congratulate the players, coaches, management, backroom staff as well as great supporters on this milestone achievement.

“Most importantly, I congratulate and thank the captain of the ship, the Governor, Engr. Abdullahi Sule, for his support, both financially and morally. His fatherly love is distinctive, and the team’s positive turnaround could not have been attributed to anybody but him, without mincing words.

“We are grateful to God for His faithfulness and for bringing a rare leader like the Governor to our State.

“It’s our hope and prayer that this momentum and confidence is maintained as we prepare for the FA Cup and next football league season”, he concluded.

After enduring series of hurdles in the just-concluded league season, Nasarawa United shocked the League followers as they finished 6th on the league table with 53 points from 38 matches, ahead of 8-time league winners, Enyimba FC (52 points) who finished 7th, and 2020/21 season’s champions, Akwa United FC (52 points) who ended the Season on 9th position.

The Solid Miners who fought till the final day of the league season dropped only one place on the log against their previous 5th position in the 2020/21 NPFL Season, but Kano Pillars who have won the league four times, Heartland FC, Katsina United and MFM FC could not survive the heat of the league as they were relegated to the lower division, the Nigeria National League, NNL.