What you probably don’t know about Late Ada Ameh 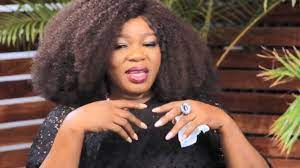 Some information you probably don’t know about the late Actress Ada Ameh:

Ameh, a native of Idoma in Benue State, was born and raised in Ajegunle, Lagos State.

She received both primary and secondary school education in Lagos state but eventually quit school at age 14.

As an actress, she spent more than two decades in the Nigerian movie industry.

In 1995, Ameh officially became part of the Nigerian movie industry, Nollywood, and received her first movie role in 1996 when she played the character Anita in the movie “Domitila”, a movie that eventually became a successful and solid project.

She played the role of Emu Johnson in the award-winning TV series titled ‘The Johnsons.’

Her only daughter passed away in October 2020.