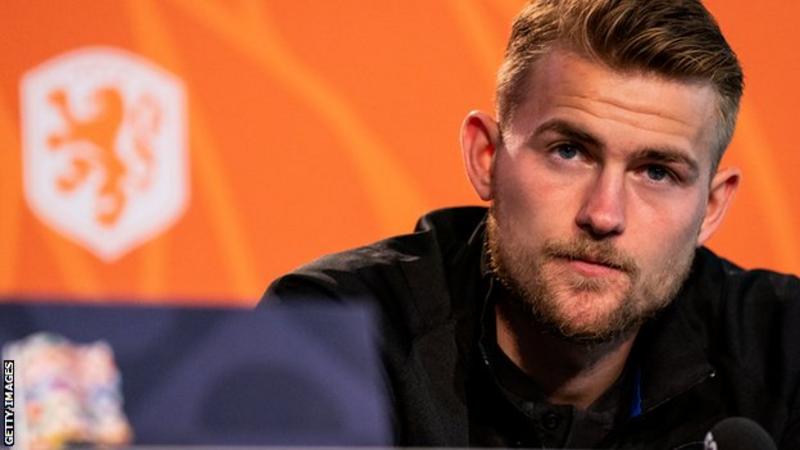 Bayern Munich have signed the Netherlands defender Matthijs de Ligt from Juventus on a five-year contract in a deal worth 77m euros (£65.6m).

De Ligt joined Juventus from Ajax on a five-year contract in July 2019 and spent three seasons with the 36-time Serie A champions.

The 22-year-old won one Serie A title and one Coppa Italia in 117 appearances in Turin.

“I felt the genuine appreciation from the sporting management, the coach and the board right from the start, which convinced me. On top of that, it is a brilliantly run club with big aims.

Wanted by Chelsea, De Ligt became the second Dutch international to join Bayern this summer after midfielder Ryan Gravenberch’s transfer to the club.

Bayern have also bought Sadio Mane from Liverpool and right-back Noussair Mazraoui from Ajax, while striker Robert Lewandowski is poised to join Barcelona.

Find all the latest football transfers on our dedicated page.
(BBC)