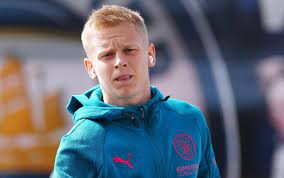 Arsenal have agreed a £30m deal with Manchester City to sign Oleksandr Zinchenko, which includes £2m in add-ons.

The midfielder, who has played many games at left-back for the Blues, is currently on a pre-season tour in the US with the Premier League champions.

The Ukraine international, 25, is expected to fly back to England in the coming days to complete the move.

Zinchenko was one of Pep Guardiola’s first signings as City coach in 2016.

He has gone on to win four league titles, an FA Cup and four League Cups, making 128 appearances in all competitions.

Zinchenko would be the second player to switch from City to the Emirates this summer after striker Gabriel Jesus moved for £45m earlier this month.