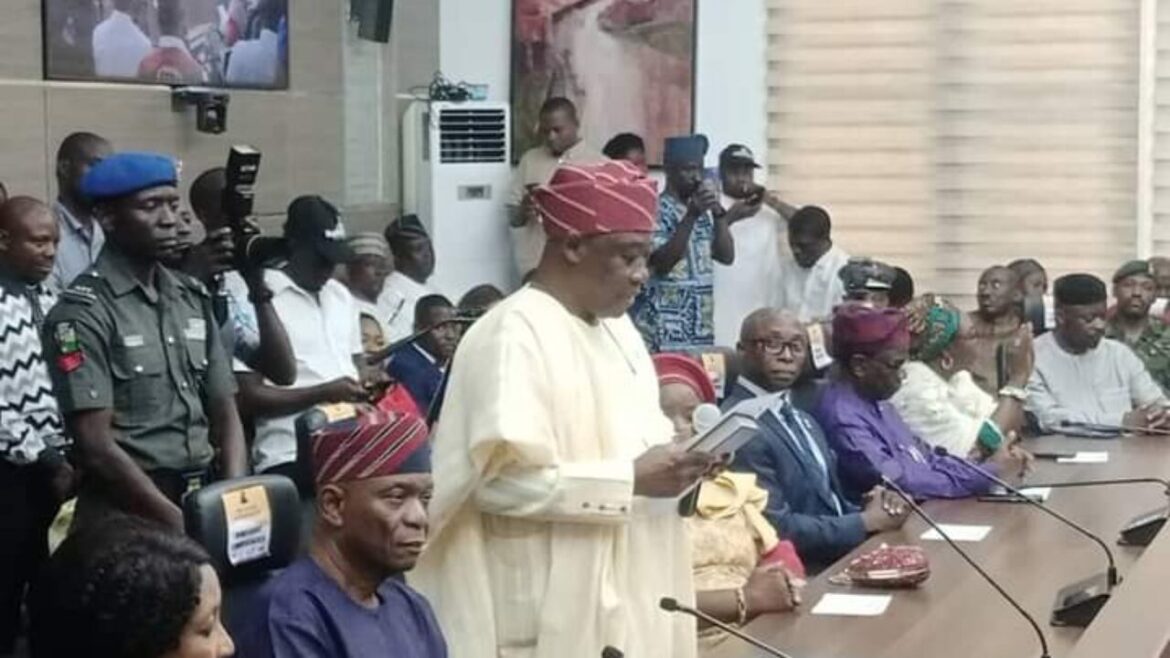 Barrister Abdulroheem Adebayo Lawal has been sworn in as the new deputy governor in Oyo State.

He is former Commissioner for Justice and Attorney General in the State.

Lawal, a native of Kishi in Oke Ogun geo-political zone, took the oath of office administered by the Chief Judge in the state, Justice Munta Abimbola on Monday in Ibadan.

Lawal, until his appointment, was the chairman of the Oyo State Housing Corporation.

Olaniyan, a native of Igboho also in Oke Ogun zone was removed from office by the Oyo state House of Assembly dominated by members of the People’s Democratic Party (PDP) on Monday.

The lawmakers during their plenary also approved the name of Bayo Lawal as the replacement for Olaniyan.

The removal of Olaniyan is coming a few weeks after he dumped PDP and joined the All-Progressives Congress (APC).

The state governor, who was present during the swearing-in ceremony, charged the new deputy governor to see his position as a responsibility to deliver good governance to the people of the state.

Makinde admonished Lawal to put the interest of the state first and serve the state diligently in his new capacity.

“I want to start by welcoming our new Deputy Governor, His Excellency, Barrister Bayo Lawal, to the Oyo State Executive Council. I know you operated from this Exco chamber from 1999 to 2003 and I am sure a lot of things have changed between then and now.

“As we all know, you are already a part of this administration as the chairman of the Oyo State Housing Corporation.

“Your new position is evidence that you excelled in your role. But for us, as the saying goes, the reward for hard work is more work, and that is why we are giving you more work.”