What Lewandowski transfer means for Aubameyang 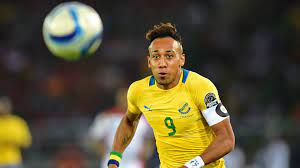 The former Arsenal captain was set to be the undisputed No. 9 for the Blaugrana but the arrival of the Polish striker is set to complicate matters

Polish striker Robert Lewandowski has finally completed his move to Barcelona from Bayern Munich after signing a three-year deal, with the option for another, ending months of speculation and back and forth between the two clubs.

While Barcelona and their fans are delighted with the signing of the 10-time Bundesliga winner, Lewandowski’s arrival might not be good news for Aubameyang.

Limited playing time
Aubameyang had been the undisputed Barca No. 9 after impressing by scoring 13 goals to become the club’s joint top scorer alongside Memphis Depay despite joining in January from Arsenal.

Having struggled in his final season with the Gunners, Auba needed little time to settle in Spain, hitting the ground running, as he scored 11 goals in 13 La Liga games and added two in the Europa League.

With none of the other forwards managing such numbers, Aubameyang was set to be Barcelona’s main striker in 2022-23 but Lewandowski’s signing now complicates matters.

It is hard to see coach Xavi starting with anyone other than the Pole upfront, especially after Barca shelled out in excess of €50m to sign him. That means the Gabon striker will have his opportunities reduced, something that was not envisioned at the end of 2021-22.
Playing out wide
The former Arsenal captain might find himself operating in a role he was handed sometimes during his time at the Emirates Stadium.

Arsenal coach Mikel Arteta would deploy Aubameyang wide on occasions to accommodate Alexandre Lacazette upfront and this is a role the striker might have to contend with following Lewandowski’s arrival.

Given the Poland international cannot play anywhere else, Aubameyang’s versatility might come in handy if Xavi decides to have them both as he will be deployed on the left, cutting in with his right foot to create danger to opposition defences whenever the Blaugrana are on the attack.

Playing out wide will, however, mean a lot of competition given Fati, Torres and Depay can also operate there.

Two strikers upfront
Liverpool manager Jurgen Klopp managed to have both strikers playing next to each other during their one season at Borussia Dortmund in 2013-14 with Lewandowski scoring 28 goals in all competitions and Aubameyang netting 18.

Xavi might perhaps have to look at how the two operated then to see how best to deploy them without losing the balance of his team.

The two can easily complement each other given Lewandowski primarily operates in the box while Aubameyang is more mobile, allowing him to drop a little deeper to create space for the Pole and other attack-minded players to thrive in.

This might reduce his goal tally but turn him into a provider, given Barca still do not posses a midfielder with an eye for goal who operates just behind the main striker.

It will take a lot for Xavi to do this, however, as it means compromising his favoured 4-3-3 system to have the two upfront.

This could see Auba return to the 25-30 goal marks of old especially with Barcelona competing on multiple fronts.

Aubameyang has proved to thrive under pressure previously, as his numbers at Dortmund with Lewandowski suggest, and also managed 31 and 29 goals, in 2018-19 and 2019-20, while competing with Lacazette at Arsenal, outscoring him on three occasions in their four seasons together.

Martin Braithwaite and Depay look to be the casualties this summer as the Catalan giants work to balance the books while trimming their bloated squad but their well-documented financial problems could extend up to the recently retired Gabon captain.

Auba signed a contract until 2025 but there is clause that allows the club to end it in 2023 which could be the perfect opportunity for Barca to cut ties given the player will be 34. Lewandowski’s signing could therefore see Aubameyang leave Spain earlier than expected, either way.
(Goal)