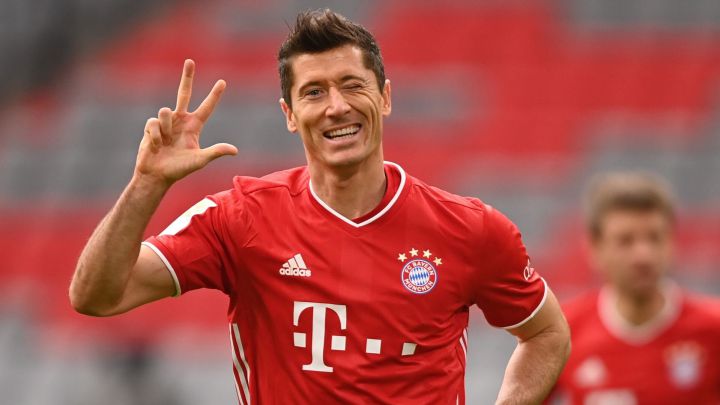 Spanish La Liga top side FC Barcelona and Bayern Munich have reached an agreement to sign Robert Lewandowski. This was first claimed by Tomasz Wlodarczyk, who proposed that the deal was now just a “matter of formalities” when writing for the Polish website Meczyki, with Italian journalist Gianluca Di Marzio confirming the development at around midnight later on Friday night.

Lewandowski Agrees on Barcelona Deal
Wlodarczyk claims that activities related to the transfer had “significantly accelerated since Thursday evening”, with Barca and Bayern “unofficially” reaching an agreement in principle that will be completed in the coming days.

On Friday afternoon, German media reported that a fourth offer from Barcelona for the 33-year-old striker would be forthcoming. It was then accepted before the Bavarians sit down to talk with the Catalans to hash out the particulars and put pen to paper.

Robert Lewandowski is set to sign a three-year contract at Camp Nou which will take him close to his 37th birthday. If a deal can get over the line by the close of the weekend, it is expected that the Poland captain will join the Blaugrana on their US pre-season tour to play his first Clasico against Real Madrid in Las Vegas on July 24.

His departure will mean hope for Manchester United forward Cristiano Ronaldo who is hoping to leave the club and join a club that plays in the Champions League. Chelsea has declined their interest and offered the Portuguese but the departure of Lewandowski will mean the German side may sigh him to replace the outgoing Poland International.