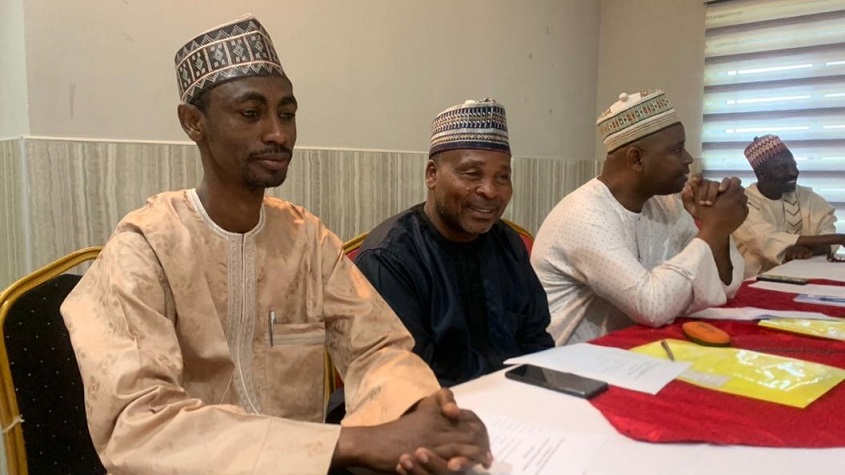 Kano state government through the Office of the Auditor General (AuG) has demonstrated commitment to sustaining the strategic subset of reform processes and publications of the World Bank’s Strengthening Fiscal Sustainability, Transparency, and Accountability (SFTAS) Program.

This was made known on Friday by the SFTAS focal person, Imam Inuwa Gwale during a 2-day technical session for developing the Citizens’ Accountability Report (CAR) held in Kaduna.

The Citizens’ Accountability Report (CAR) is a series of graphic and tabular illustrations of the state’s Audited Financial Statements prepared by AuG to the citizens to ensure accountability of public funds.

Mallam Gwale gave a summarized and comprehensive report of the 2021 audited financial statement, stating that the SFTAS disbursement linked indicator (DLI) 2.2 requires that the 2021 CAR based on the report should be published online no later than September 2022.

He said: “The publication will also contain details of the state government consultations with citizens on the state’s annual financial statement.

“In 2021, PERL supported the state government to develop the first 2020 CAR, but in a move to own the processes and publication of the report, the government decided to sponsor the second technical session to develop the2021 CAR document.”

The DLIs are specific disbursement-linked indicators to be achieved for each year. It has a total grant of $500,000 if achieved in 2021.

By standard, the CAR will only be completed and published if the audited financial statements have been published and presented to the State House of Assembly.

Earlier, in his opening remarks, the Kano State Auditor General (AuG), Alh. Samaila Musa welcomed participants to the technical session leading to the development and validation of the CAR.

According to him, the process started with the audited financial statements of the Kano State Government as of 31st December 2021 which were presented by the state ministry of finance and economic development, under the office of the Accountant General and published in the Daily Trust newspaper on June 29th, 2022, a requirement of the Public Financial Management Reform (PFM).

The AuG appreciated Governor Abdullahi Ganduje for approving the conduct of the CAR technical workshop sponsored by his office.

He also expressed his profound gratitude to participants, especially PERL for the support given to the Kano State Government in the area of PFM reforms such as the review of financial laws and regulations, and the budget – chart of accounts upgrades from 35 to 52 digits budget classification.

Others are annual cash planning and expenditure, revenue forecast and generation, and expanded taxpayer database by the Kano Internal revenue service, which resulted in a corresponding increase in IGR, regular production of the medium-term expenditure framework (MTEF).

The Partnership to Engage, Reform, and Learn (PERL) is a seven-year public-sector accountability and governance program, funded by the Foreign, Commonwealth, and Development Office, FCDO, of the UK.

On her part, the PERL Knowledge Management, Communications & Reform Facilitator, Habiba Isyaku Njidda, on behalf of the Kano Partnership Facilitation Manager, Auwalu Hamza, and the PERL-ARC National Program Manager – Ifeanyi Ugwoke, said they are pleased to see that the state government is sustaining reform processes that emanated from the SFTAS program.

“PERL had supported the CAR development process last year, but even then, we noticed the level of capacity within the MDAs whose inputs are required to develop and publish the report, we called them the CAR champions and leveraged their capacity to see that the report is developed effectively.

“PERL is pleased to see that only a year later, the state government is taking full responsibility to sustain this publication and process.

She added that PERL implores the representatives of all MDAs and civil society organizations present to take it themselves as citizens of Kano state to see that the PFM/SFTAS Reform processes as contained in the strategy document are sustained for the betterment of the State.

He said it serves as a tool to ensure that the budget is shared with the public transparently and citizens take part in the processes to ensure implementation processes are more accountable to the people.

Comrade Bichi commended the AuG’s office for taking a step toward sustaining the process without development partners.

In his votes of thanks, the Director, Planning, Research and Statistics, Office of the AuG, Alh. Sulaiman Badamasi commended Governor Abdullahi Umar Ganduje for supporting the reform initiative.

He also thanked the Consultant, PERL representative, the OGP, and staff of Ministries, Departments and Agencies for a job well done at the event.