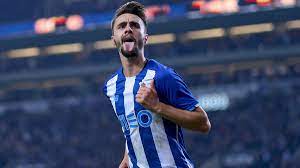 Arsenal new boy Fabio Vieira claims to share “qualities” with seven-time Ballon d’Or winner Lionel Messi and is looking to follow in the footsteps of fellow countryman Cristiano Ronaldo after making his own move to the Premier League. The highly-rated 22-year-old became a shock signing for the Gunners when completing a £30 million ($35m) transfer in June.

He was acquired on the back of a 2021-22 campaign at Porto which delivered six goals and 11 assists, and Vieira believes that he can showcase a skill set in English football that is comparable – at least in some departments – to that of Messi.

Explaining his strengths to The Athletic, Vieira has said: “I love Ronaldo and Messi. I like Messi because of the style of play. It’s like mine — left-footed, some of the same qualities. And Ronaldo not because he’s Portuguese, but because of the hard work, and the mentality. It’s incredible. And he scores many goals. They are incredible players.”

Vieira is now treading a similar path to Ronaldo, who remains on the books at Manchester United for now, and a number of international colleagues that he looks to for inspiration.

“It was always my dream to play for Porto when I was young. But my real dream was to play in the Premier League.”

Vieira has plenty to prove before he can claim to stand alongside other Portuguese stars in England, but an opportunity to prove his worth is about to present itself.

He has added on the position that would make it easiest for him to thrive at Emirates Stadium: “The manager told me he knows I can play as a midfielder — No.8, No.10 — or on the wing, left side or right side. They know I am a versatile player.