‘Time for a new adventure’ – Koulibaly 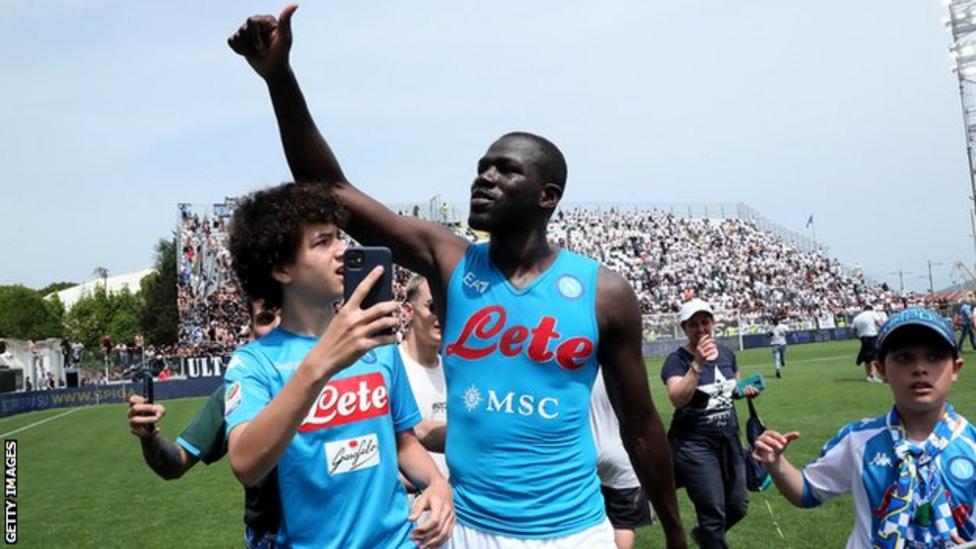 Napoli defender Kalidou Koulibaly delivered a message of farewell to fans of the Serie A club ahead of his expected departure. The Senegal international’s next destination will be Chelsea, who are set to seal a €40 million (£34m/$40m) transfer in the coming days.

Koulibaly has become a firm favorite at the Stadio Diego Armando Maradona since joining from Genk in 2014.

The center-back was long linked with a move to one of Europe’s financial powerhouses, but has finally decided to continue his career away from southern Italy.

What did the defender say?
“June 1st 2014, an unforgettable date: my arrival in Naples, the beginning of a story of pure love. I was a shy boy, but with a great desire to show the world that I could do it!” Koulibaly explained in an Instagram post.

“Victories, defeats, joys, disappointments. Too many emotions lived together: impossible to summarize them. But I keep everything: in my mind, in my heart.

“My two children were born in Naples. I have met people who will always be part of my life and who made me and my family feel at home: from the first to the last moment. Thanks to you, Naples, I became the man I am today.

“Thanks to the club, the President, the coaches, all my teammates and all the people I have had the pleasure of working with over the years. Thank you, Naples and Neapolitans, for all the love we have given each other.

“I am proud to have honored you with all of myself and I will continue, indefinitely, to carry you in my heart and to nurture one of the most important feelings for me: respect. You have been everything for me. Now I feel I have to leave and get back into the game: it’s time for a new adventure. Go Napoli forever.”

A living Naples legend
The Senegal ace has been a rock at the heart of the Napoli defence ever since he arrived at the club.

In eight seasons Koulibaly played a total of 317 games for the club in all competitions, scoring 14 goals.
He also won two trophies with Napoli, the 2019-20 Coppa Italia and 2014 Supercoppa, while steering the side to three second-place finishes in Serie A and five appearances in the Champions League.

He will go down in club history as a true legend, while promising to shore up Chelsea’s defence with his talents following the exit of Andreas Christensen and Antonio Rudiger.
(Goal)