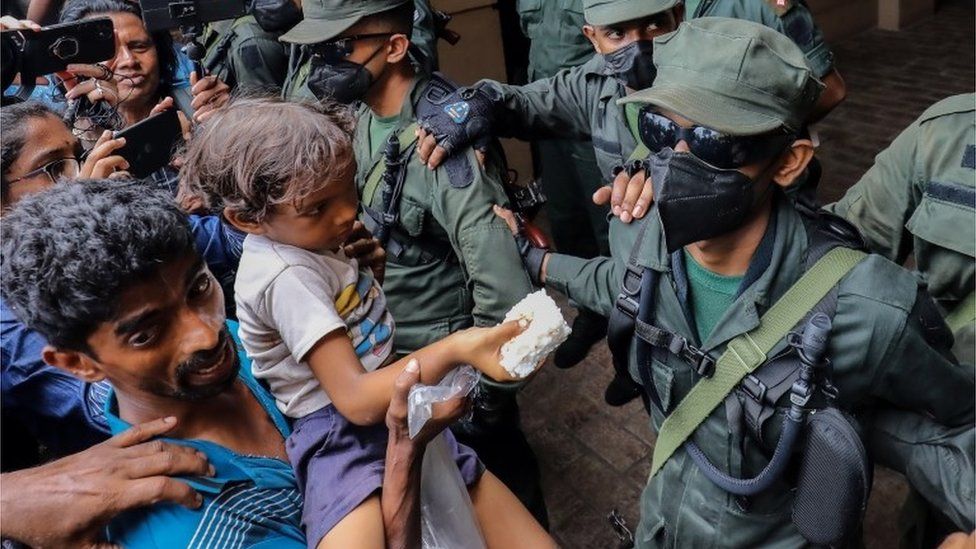 Sri Lanka is seeking a way out of political and economic chaos after its President Gotabaya Rajapaksa resigned and fled the country.

Prime Minister Ranil Wickremesinghe was sworn in as temporary leader on Friday and has the ruling party’s backing to take the role permanently.

This makes him the favorite when a new president is chosen next week, but may prove unacceptable to protesters.

Mr Rajapaksa fled to Singapore, sparking celebrations in the street.

He and his family have been blamed for a deep economic crisis, with Sri Lankans facing acute shortages of food, fuel and other basic supplies.

Businesses and shops reopened in the capital, Colombo, on Friday morning after a curfew was lifted, but soldiers could still be seen on major roads.

At the same time, thousands of people were back in long queues outside petrol stations.

The process of parliament electing a new president will begin on Saturday, with MPs expected to take a vote on 20 July.

After being sworn in as interim leader, Mr Wickremesinghe promised to act quickly to put a democratically elected president in place.

“I will take immediate steps to establish the rule of law and peace in the country. I accept 100% the right to peaceful protests. But some are trying to do acts of sabotage,” he said.

Given the governing party has a majority, MPs are thought likely to back Mr Wickremesinghe, who has close links with the Rajapaksa family.

But whether Sri Lanka’s public would accept this is another matter, because Mr Wickremesinghe’s resignation as PM was a key demand of protesters.

A demonstrator, Manuri Pabasari, told the BBC at the time that a protest rally against Ranil Wickremesinghe was expected in the coming days.

The former president, who arrived with his wife and two bodyguards, no longer has legal immunity as a head of state and his position is now more precarious as he tries to find a safe country to shelter in.

He is expected to stay in Singapore for some time before possibly moving to the United Arab Emirates, Sri Lankan security sources told AFP news agency.
(BBC)

‘Time for a new adventure’ – Koulibaly