-Charges them not to fail judiciary and Kebbi state 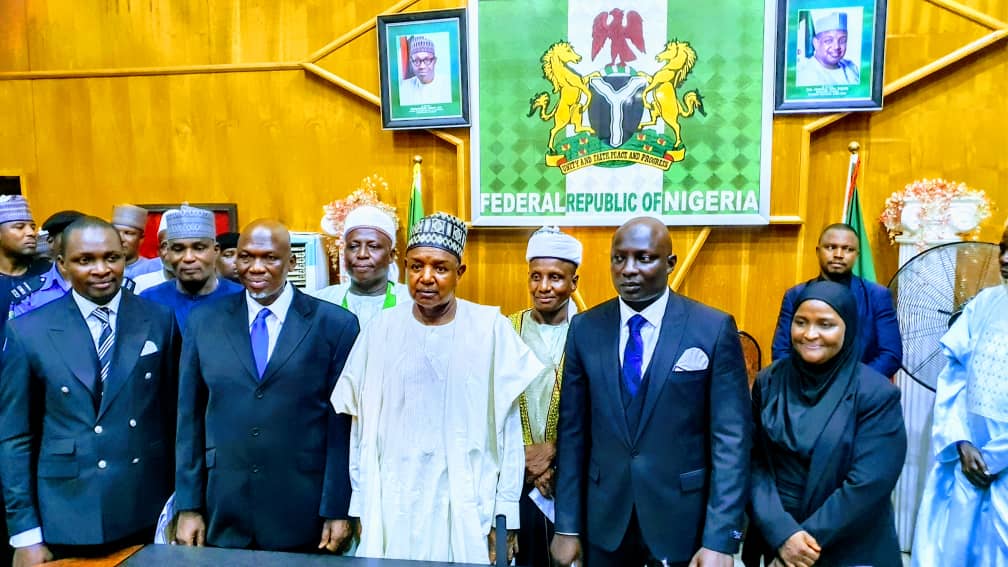 Governor Atiku Bagudu of Kebbi State who doubles as Chairman, All Progressives Congress, APC, governor’s forum, Atiku Bagudu has sworn in 3 High Court Judges and 1 Khadi, as he charged them not to disappoint the judiciary, state government, and the people of the state.

Speaking at the historic event, which took place at the Chamber of Government House in Birnin Kebbi, Governor Bagudu said the appointees were saddled with the new responsibilities based on merit, adding that their appointments came at a very critical time in Nigeria’s history.

He also recalled that some unforeseen circumstances like the COVID-19 pandemic and the prevailing security challenges, as well as the justice reforms, had placed more formidable responsibilities on the judiciary.

The Chairman of the APC Governors’ Forum, therefore, extolled the sterling achievements of the judiciary in the state.

He further acknowledged the extant cordial relationship between the three tiers of government and the various security achievements recorded.

While congratulating the new appointees, the Governor charged them not to fail the judiciary, the state government, and the people of the state while discharging their duties.

The Chief Judge of State, Justice Suleiman Muhammad Ambursa administered the oath of office to the three newly appointed Judges and One Khadi.

The swearing-in ceremony was attended by the Secretary to the State Government, Babale Umar Yauri, Acting Head of Service Alhaji Safiyanu Garba Bena, Commissioners, Special Advisers, and officials from the Ministry of Justice, family members, and friends of the newly sworn-in Judges.