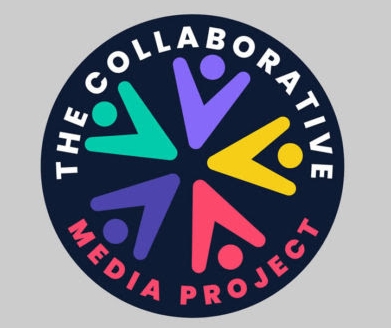 The launch was performed during the virtual 14th edition of the Wole Soyinka lecture series tagged “Can Democracy Work without a strong sub-national Media?”

Alaka said the C-Media Project supports 26 media organizations to execute investigative stories at the grassroots level, unmasked institutional and regulatory failures at the sub-national levels in the public and private sectors as well as pay attention to under-reported issues, places, and people in Nigeria.

She explained the thematic areas of the project which include Government (federal, state, and local), sector (private and public), people (women, minority, youths, and PwD), issues (accountability, media independence, governance, and investigative stories).

The Executive Director WSCIJ quoted Nelson Mandela as saying: “A critical, independent and investigative press is the lifeblood of any democracy.

“The press must be free from state interference. It must have the economic strength to stand up to the blandishments of government officials.

“It must have sufficient independence from vested interests to be bold and inquiring without fear or favour.

“It must enjoy the protection of the constitution so that it can protect our rights as citizens”.

Mr. Shettima who was represented by Deputy Director, MacArthur Foundation, Olaide Oladayo said: “The dividends of democracy can only be delivered through strong sub-national media that can hold state and local governments accountable.”

He said some of the challenges Nigerian democracy is facing are insecurity and impunity, unaccountable political leaders, and highly-politicized governance culture where religion and ethnicity drive development planning and spending.

Earlier, the keynote speaker, at the virtual lecture series, the Vice Dean for Education and Academic Affairs, Johns Hopkins University School of Advanced International Studies, Chiedo Nwankwor stated that without a strong and viable media the masses will not enjoy the dividend of democracy.

She charged the media to rise up to the role of agenda-setting and amplify the people’s voice at the community level, adding that efficient governance must be local, hence the need to build sub-national media for a robust engagement.

The Director General, Federal Radio Corporation of Nigeria, Mansur Liman in his brief comments said journalists need to create a balance between paying allegiance to the government and performing its civic responsibility.

“Both Public and private media must recognize that its role is one, and not think that there are issues that are untouchable, but report without fear.”

According to him, the need to get more Nigerians to invest in and strengthen the media organization due to its enormous role in democracy cannot be overemphasis.

Also speaking, the Executive Director, Gender Strategy Advancement International, Adaora Onyechere stated that the media should educate and empower women and other marginalized groups at the sub-national levels on issues that pertain to their rights.

She said: “Journalists need to hold government accountable as well as monitor service delivery in the community.”

Similarly, Haruna Mohammed, a Co-publisher of WikkiTimes said Journalists must enhance their capacity to be able to report issues of people who are marginalized, especially people living with disabilities whose voices are silent.

The founder and Editor-in-Chief, Foundation for investigative Journalism and Social Justice, Fisayo Soyombo said the public is in dark about their rights, and as such journalist must enhance their credibility in reporting investigative issues.

“Investigative journalism entails that all sides of a story are covered.

“There is a need for journalists to maintain a critical distance from those they are investigating,” Fisayo stated.