Thinking About the Safety of Our Children Online 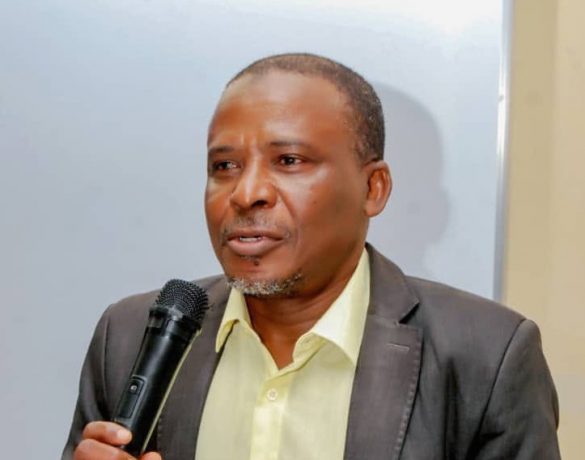 In March this year, the Federal Government inaugurated a committee on child online protection. The committee was charged with the responsibility of developing a national strategy for the protection of children online.

Although this is an important issue that affects everybody, it seems the committee is doing its work in a closed room with very little or no opportunity for it to listen from broad stakeholders such as parents, children, teachers, care givers, etc. Listening to perspectives from the broad spectrum of stakeholders will make the Committee to develop an effective and workable strategy that will help us fight this this menace.

Child abuse and exploitation online is not unique to Nigeria. It is a global problem that is also a major economic business that is estimated to rake trillions of dollars annually.

The website which has more visitors than Facebook, twitter and google. In fact, in 2020, its spoken claimed that it received approximately 4.5 trillion monthly, more than double, more double Google and Facebook traffic combined for the year.

There are two issues involved here and it is important to understand how they are related in order to fight child pornography and other abuse online. one is the trafficking and abuse of children. This is not necessarily technology assisted crime only, even as in some cases, technology is used to lure unsuspecting children to be trapped and trafficked. This is one major source of child pornography online.

The second is the manipulation of children online and eventually blackmailing them into taking nude pictures themselves in compromising situations and sending them to their manipulators/blackmailers who them make money out of them and doing incalculable psychological damage to the victims. This is the second source of the upload on pornographic sites.

But there are also two other traps that are less visible but equally important. One is that young children could also get recruited to violent gangs and end up becoming insurgents, bandits and terrorists. Recruiters creates bits online to get young people attracted to their hooks and from there they begin to subject them to indoctrination until they are able to cross the red lines from which they transfer the recruitment process to offline in preparation for emersion into the world of violence.

The other is that through exposure to contents that they should not be exposed to, they get mis-socialized and maladjusted to carry out anti-social behaviour that are contrary to the culture and social norms of their society.

The key challenge to the safety of children online in the country is that must children discover the internet structurally by theme, not through teachers or parental guidance but via peers. This sort of discovery often proceeds based on experimentation, feeding on their curiosity. In the end those who are unlucky, meet with manipulators and predators who then gradually work on them, conditioning them until they can get them to do anything they want. From there the children are lost as the manipulators take over.

Therefore, the first step is that to ensure the safety of our children lies in the hands of the government. As government has made computer studies compulsory and JAMB has reinforced that by conducting computer-based examination, it is then important that the teaching of online safety is made compulsory in the school. This should be integrated into the computer studies syllabus.

Teaching children about safety online is one thing, taking precaution to ensure that children are safe online is different but equally important. This means that school must also have in place children protection online policies and enforcement mechanisms. Must schools do not have guidelines on working with children whether offline or online, so we end have having our children entrusted in the hands of child predators.

All schools must take appropriate measures to address risk factors and prevent Abuse and Exploitation before it occurs. Prevention measures should include organizational policies, procedures and codes of conduct for protecting Youth; capacity building for all those who work with Youth; awareness raising and good practice for minimizing the risks to Youth.

Similarly, they must take prevention measures which should include detailed screening procedures for all school’s personnel who will meet children. As a country, we must of also support schools in their vetting and screening processes by establishing and maintaining and update child abuse offenders’ register.

Schools should provide youth with all necessary details to make an informed decision regarding their participation in programs and activities, including any voice recordings, video or photographs of youth. Youth should understand how their images may be used and be supported to identify and evaluate any associated risks. Personal information and/or images of Youth should only be used after informed consent has been obtained in writing from the children.

While this will help them to know what the dangers are out there and how they could avoid them, it does not excuse parents from monitoring their kids. I know of parents who say they will not allow their children to have access to smart phones. That is being clever by half. Children spend a large amount of time outside the presence of their parents, often with their peers. In those spaces, they can have access to and use smart phones. There are simple ways that parents can monitor their children without appearing to be intrusive. Afterall, children also need some measure of privacy.

Parents tend to be too busy and too absent to guide their children online. Instead, they take it for granted that these children will learn on their own. Of course, part of the problem is that most parents know very little about digital world as to provide effective and credible guide, beyond the authoritarian retort of smashing the phones of their children.

The other challenge which is unique to Nigeria is that in the face of the crippling economic crisis in the country, parents have to work double hours to make ends meeting, meaning that they just do not have the luxury to spare for the training of their children after looking for unreasonable school fees.

The lack of digital parental knowledge means that parents themselves cannot make conscious efforts to learn about digital technology. But there is no shortcut to this if the safety of their children is premium. Two years ago, I served as curriculum and content designer for a project by Equal Access International entitled Tech4Family.

The objective of the project was to make parents understand that it is more useful to learn to use the internet in a family setting than each other member of the family going out on his or her way to encounter the internet. Doing so together allows parents and their children to ask questions and learn from each other. It was a very useful experiment which was piloted with over 50 family units in Kano.

It is the sort of things that we should encourage. These would allow families to learn of the peril points of the digital world, the support they need to give to each member of the family and their responsibility to each member of the family. It also helps in determining the limits and boundaries of experimentation, the awareness that children could be equally monitored without being intrusive, the tools that could be used for this purpose and what each should do when the red-light flags.

While this may seem idealism and difficult to do in the context in which even access to basic education is a problem, yet with innovation, it is easily and cheaply something that can be rolled out. It can be handled at community level, with the community providing most of the needed infrastructure,

Committee like the one set up by the government can help but only if it leaves it comfort zone of specialists and experts and listen to the anguish of parents who grapple with the anxiety that digital addiction by their children has subjected them to. They must all realize that ultimately, much of the predisposing conditions to child abuse online are offline.

Trafficking for instance is largely offline business. While a few children could have been trafficked through the assistance of technology, the vast majority are simply drawn up and abducted through offline networks of individuals, who in many instances are relative and associates of the victims.

In the end however, no committee can be a substitute for good digital education in our schools which is currently lacking. Our curricula make computer studies compulsory at both basic and senior secondary school levels. However, what is computer studies is a question that is often not asked. Student are taught history of the computer, its different parts and some of its functions. That is not the digital literacy that children need. Not having the opportunity to learn about digital devices in school and at home, the children turn to the outside world where many of them become preys to devious manipulators and profiteers.

We need to provide our children with functional digital literacy in schools as well as digital safety online so that they are prepared for emersion safely into the digital work in which they are born.