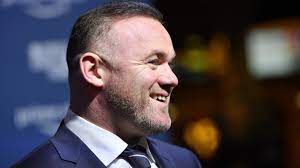 The former Manchester United star is back in MLS

D.C. United have hired Wayne Rooney as the club’s new manager, the club confirmed, as the England icon heads to MLS for the next stop on his coaching journey. Rooney had previously played for D.C. United in 2018 and 2019 before leaving the club to join Derby County.

The former Manchester United star originally starred as a player for Derby before taking over as a coach, nearly keeping the club in the Championship despite a nearly impossible challenge presented by financial problems.

What was said?
“Wayne is a soccer legend and one of the most exciting and dynamic up-and-coming managers in our sport. He’s already proven in his young coaching career that he knows how to lead a group through adversity,” said Jason Levien and Steve Kaplan Co-Chairmen of D.C. United. “

He has an understanding of our league and what it takes to be successful in Major League Soccer thanks to his two-year stay with us as a player. The passion he showed while wearing Black-and-Red electrified our city and our club and we are so excited to welcome him back as our Head Coach.”

Rooney’s time at D.C. United
After a stint at boyhood club Everton, Rooney came to D.C. in June 2018 and was handed the captain’s armband just three games into his time with the club.

His first season was headlined by a now-famous tackle and assist against Orlando City, with the moment symbolizing D.C.’s return to relevance thanks to Rooney after several down years.

When all was said and done, he amassed 25 goals in 58 appearances before heading to Derby as a player-coach.
What is Rooney’s managerial history?
After a rough start to the 2020-21 season and with Derby at the bottom of the table, the club sacked Phillip Cocu and appointed Rooney as part of an interim coaching staff.

He was eventually appointed permanent manager in January 2021, helping the club narrowly avoid relegation that season.
The 2021-22 season began with a 21-point deduction, all but dooming Derby to relegation. However, despite the inability to make signings, Derby finished within seven points of safety.

Rooney stepped down from his role in June after saying he would only stay with the club if new owners were found to improve the club’s financial situation.
(Goal)