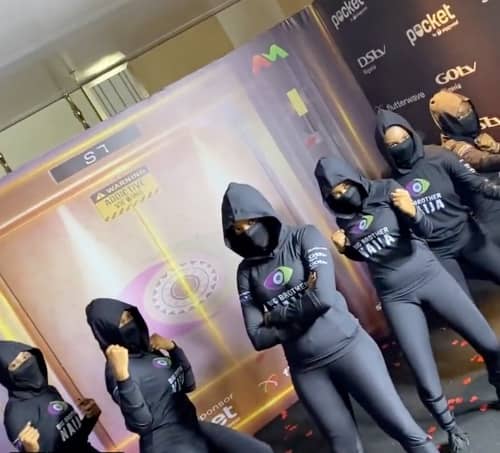 With season 7 of the BBNaija show set to premiere in less than two weeks, Multichoice, the show’s organisers, has promised some twists and excitement.

On Tuesday, July 5 2022, BBNaija announced on their official Twitter handle that the most anticipated season will begin on July 23 and 24, 2022.

With the date confirmed, it will be the second time in the history of BBNaija that the show will open with two premieres since the ‘Shine ya Eye’ season.

Though the number of housemates participating in the new season is not yet confirmed, over 40,000 people auditioned for the show.

The show which is set to run for 72 days, with the finale on October 2, 2022, will see the return of Biggie’s ‘Ninjas’ and a live studio audience for the eviction weekends since the COVID-19 restrictions.
The winner of the 2022 edition will walk away with a total of N100 Million in the grande prize, N50 Million cash prize and another N50 Million worth of prizes from the sponsors.

Fans and followers have been promised a line-up of more engaging tasks, unpredictable twists, and Big Brother’s wit.

Thirty lucky fans will win N1 million each in the ‘Fave Lock-In promo’ exclusive to DStv and GOtv customers.

How To Follow BBNaija Season 7
The reality show is expected to air for 24 hours, through 72 days and can be followed Live on DSTV Nigeria, Channel 198 and GOtv, Channel 29.

It can also be viewed on mobile devices through the DSTV mobile app and the Showmax website.

For Live updates and daily wrap-up of the show, you can follow the BBNaija official social media page @BBNaija and our Twitter handle @Everyevery_ng.

How to Vote Favorite Housemate
Like in the ‘Shine Ya Eye’ season, there will be no SMS voting for the forthcoming season, as fans can only vote using BBNaija’s official website and mobile apps for free.

This means that the number of votes per subscriber will be based on their package subscription on DSTV and GoTV.
(Everyevery)

I want to bring Grammy home next year – Uche Maduagwu