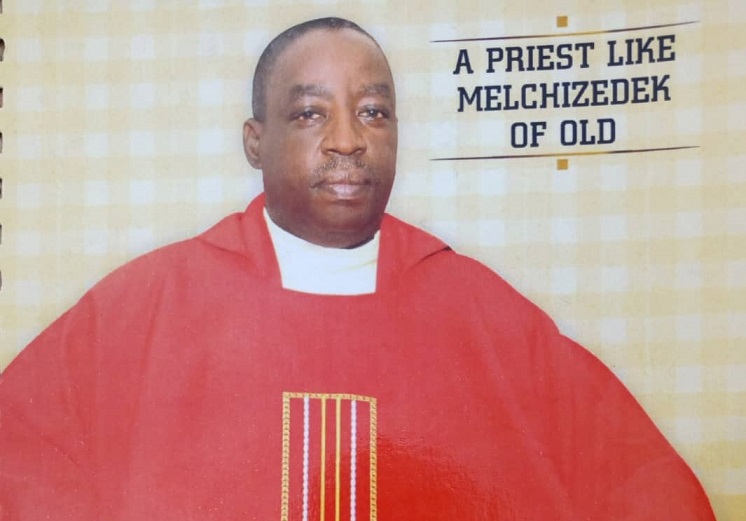 Bishop George Jonathan Dodo died in the early hours of 8/7/2022 after a brief illness that took him to India for better management.

Following this untimely death of the people’s Good Shepherd, Bishop George Jonathan Dodo (Eternal rest grant unto him O’Lord, and let perpetual light shine upon him) of the Catholic Diocese of Zaria, the Metropolitan Archbishop of Kaduna, the Most Rev. Dr. Matthew Man’oso Ndagoso announced the appointment of Very Rev. Fr. Michael Pius Kagarko as the Diocesan Administrator on Saturday 9/7/2022.

Entry of a caretaker

Before his appointment as the administrator, Fr. Michael Kagarko had served as the Asst Parish Priest of CKC Cathedral. He had also served simultaneously as both Parish Priest of St. Enda’s Catholic Church Zaria, and the Rector of the St. Joseph’s Minor Seminary Zaria, terminating on 2nd August 2015 with a transfer to Graceland.

Fr. Mike Kagarko has been the Zaria Diocesan Procurator from 2010 to date. Before this announcement of Diocesan Administrator, Fr. Kagarko also doubles as the Parish Priest of Good Shepherd Catholic Church Graceland Zaria and the Director of the Our Lady of Perpetual Help Pastoral Center Graceland Zaria.

Who is Michael Kagarko?

Michael is the eldest of his siblings.

Michael had his secondary education at the St. Joseph’s Minor Seminary Zaria, graduating in 1990 before proceeding to the Major Seminary of SS Peter and Paul, Ekpoma Edo State. He was also at the St. Thomas Aquinas Major Seminary Makurdi where he bagged the Bachelor of Philosophy from the Urbanian University Rome.

For Fr. Kagarko, the ‘icing on the cake’ came when on 10th July 1999, he was ordained a priest of the Catholic Church to the admiration of the people, and with a feeling of satisfactory achievement by his parents.

Fr. Kagarko — The man with the Midas touch

In Greek mythology, Midas was a king who was given the power of turning everything he touched into gold.

Rev. Fr. Michael Kagarko is the ‘Midas’ of the Catholic Diocese of Zaria because everything he touches turns to Gold.

@ His sojourn in St. Enda’s and St. Joseph’s Minor Seminary is such a testimony that even his fishes in the ponds adorning the compound knew his voice and food steps.

I cannot but mention the Seminary students who became so much overweight due to good feeding from Kagarko’s farm produce that some parents could not recognize their wards on the first day of vacation.

@ Kagarko is a cattle rearer, a grains farmer, a poultry farmer, a tractor driver, a carpenter, a quantity surveyor, a builder, an architect, an accountant, and a teacher, in fact, he is the Nigerian version of Fr. Godfrey Nzamuja of the Songhai miracle.

@ Rev.Fr. Kagarko and the Parishioners of St. Enda’s built the Seat of Wisdom Academy Nursery, primary, and secondary school to an appreciable level where teaching and learning commenced before it was handed over to the bishop on 30/9/2012.

@ He renovated the entire seminary compound and classrooms with modern facilities including the provision of potable water through many boreholes sunk in the compound.

@ Kagarko was the Diocesan Communications Director and the Founding Editor of Zaria Diocese Newspaper – The Olive Branch which is headquartered at St. Enda’s/Seminary.

Kagarko so much transformed the St. Enda’s and Seminary compound that Bishop George Jonathan Dodo felt there was nothing anymore left challenging for this man with the Midas touch.

And like they say, the reward for hard work is more work.

Today, the monumental development at the Pastoral Center is the miracle of the moment. Is it the rice milling factory, the guest houses, the multipurpose events hall, the cattle, fish, and other animal rearing business, and all other business concerns that adorn the beautiful compound, and others in the entire Zaria Diocese that have earned him the nickname of ‘Mr Project’?

A harvest of deaths

Fr. Michael has been visited by an unfortunate series of deaths of people so dear to him within this recent period:

(1) The loss of his only surviving parents – his dear mother Mama Cecilia Pius Kagarko to the cold arms of death in March 2022.

(2) The demise of the father of the Bishop of the Catholic Diocese of Zaria His Lordship George Jonathan Dodo. Pa David Batunashi Dodo died on 2/7/2022.

(3) And now the death of his mentor, benefactor, confident, teacher, and Bishop George Jonathan Dodo on 8th July 2022 – 6 days after the father.

Surely, this period is not only trying times but it’s really going to be challenging, a backbreaker, and a difficult road to travel for Rev. Fr. Michael Pius Kagarko.

But as good as I know him, Mike will soon bounce back to his usual self.

May God continues to grant Fr. Mike the wisdom and grace to lead the faithful of the Catholic Diocese of Zaria, and keep him keeping on, Amen.