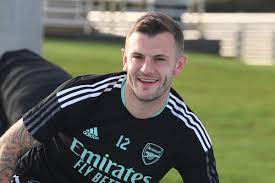 Having found himself without a club once again in the summer of 2022, the decision has been taken to hang up his boots

Former Arsenal midfielder Jack Wilshere has announced his retirement at the age of 30, with the ex-England international bringing “the journey of a lifetime” to a close, and he has now been named as coach of the Gunners’ Under-18s side.

A man with 34 caps for the Three Lions to his name had dropped into a free agent pool again this summer after severing ties with Danish outfit AGF Aarhus.

Rather than push himself through another pre-season of staying in shape while waiting on potential offers from elsewhere, a product of a famed academy system in north London has decided to hang up his boots and open a new chapter in his career aiding the development of future stars.
What was said about the Wilshere hire?
“Jack will be the new head coach,” head of the Gunners’ academy Per Mertesacker said. “Retiring just for us! I’m pleased for that.”

Wilshere added: “I called him about 10 times a day for four weeks [about the job]. He’s been on that journey of retiring and stepping into something that’s unknown. His support has been great.”

Why has Wilshere announced his retirement?
A man that suffered with a number of injuries during his playing days has posted on social media of his decision to call it a day: “In truth it has been difficult to accept that my career has been slipping away in recent times due to reasons outside of my control whilst feeling that I have still had so much to give.

“Having played at the very highest level I have always held such ambitions within the game and if I am truthful I did not envisage being in this position at times.

“However, having had time to reflect and talk with those closest with me I know that now is the right time and despite the difficult moments I look back on my career with great pride at what I have achieved.”

He added: “It has been an unbelievable journey filled with so many incredible moments and I feel privileged to have experienced all that I did during my career.

“From being the little boy kicking a ball around in the garden to captaining my beloved Arsenal and playing for my country at a World Cup. I have lived my dream.”
What was Wilshere’s playing record?
Alongside his appearances for England, which included two goals, Wilshere took in 197 outings for Arsenal after making a senior breakthrough at Emirates Stadium.

He only found the target on 14 occasions, but was renowned for his work rate and ball-playing ability in the middle of the park that allowed others to thrive around him.

Loan spells were taken in at Bolton and Bournemouth during his time with the Gunners, before a permanent move to West Ham was made when hitting free agency in the summer of 2018.

All too familiar physical issues restricted Wilshere to just 19 games for the Hammers across three seasons in the East End.

He returned to Bournemouth in 2019-20, who were then in the Championship, while a short spell was taken in with AGF after accepting a call from Denmark in February of 2022.

What does the future hold for Wilshere?
Wilshere is leaving a door open for his association with professional football to continue and is poised to take up a role in Arsenal’s youth system following the departure of Dan Micciche to Crawley.

He boasts a strong relationship with former team-mate Mertesacker and is looking forward to taking on a new challenge.
He said: “I have enjoyed every moment of my career and it has been the journey of a lifetime.

“Now is the right time to close this chapter but I still have so much to give to the game and I am excited about what the future holds.”
(Goal)

‘Cristiano Ronaldo is in our plans’ – Erik ten Hag