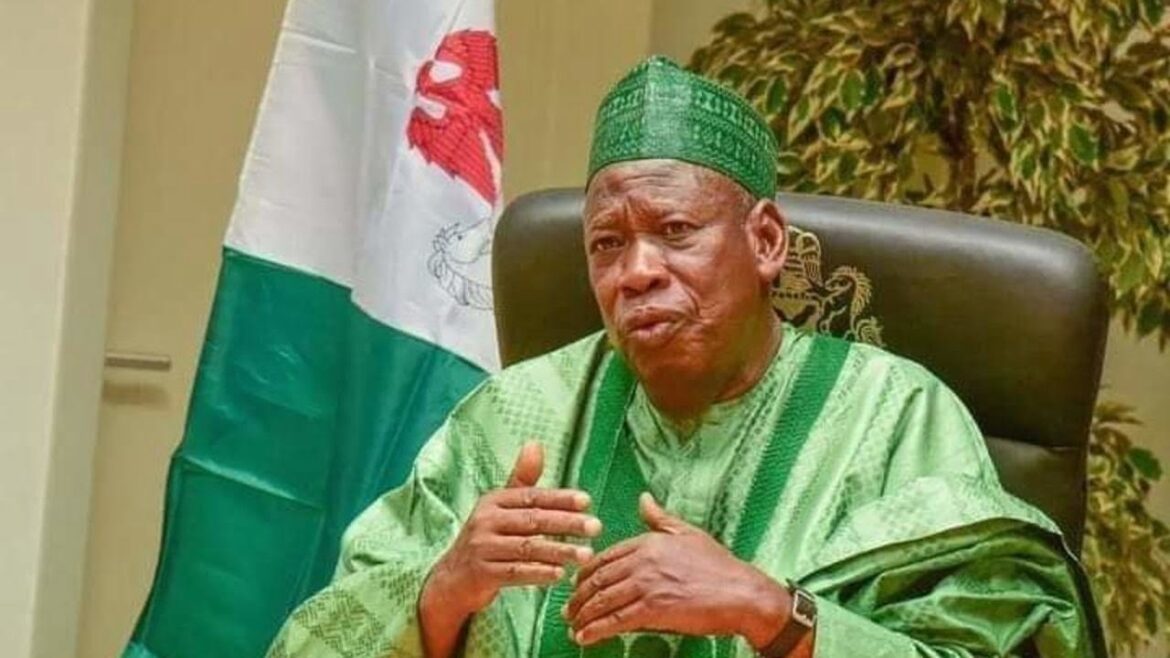 Kano state government has cleared the air on the absence of Governor Abdullahi Umar Ganduje to receive the Emir of Kano, Alhaji Aminu Ado Bayero at Government House for the traditional Hawan Nasarawa on Monday as part of activities marking this year’s Eid-el-Kabir Sallah celebrations.

The state commissioner for Information, Malam Muhammad Garba, who made the clarification, stated that the governor had to attend an emergency meeting on important national issues in Abuja with other governors on Monday.

He said the governor attended the Eid Prayer with the Emir at Kofar Mata Eid Praying Ground, received him afterward at Gidan Shattima and also attended the traditional Hawan Daushe at the Emir’s Palace, Kano, on Sunday afternoon, before traveling to Abuja in the evening to join other governors for the meeting, as there was no representation.

Garba further explained that after the meeting, the governors were also scheduled to brief President Muhammadu Buhari on its outcome the following day.

The commissioner added that two other persons who are qualified to stand in for the governor in his absence for the Sallah homage without breaching the protocols or violating the tradition are his Deputy, Dr. Nasir Yusuf Gawuna or Speaker of the state House of Assembly, Hon. Hamisu Ibrahim Chidari, who is also away in the Holy Land for this year’s Hajj.

He stated that the other official who can stand in that capacity in the absence of the three, is the Secretary to the State Government, Alhaji Usman Alhaji, who, fortunately, is the Wazirin Gaya, a traditional title holder under the Gaya Emirate Council which is a desecration of the standard protocol and the tradition.

The commissioner pointed out that even before he traveled, the governor had discussions with the Emir on the new development and both had agreed that there would be no Sallah homage, but that the monarch would proceed with the traditional horse procession fleeting through the usual routes, including passing by the Government House.

Garba dispelled rumour making the rounds that the governor conspicuously shunned the Emir and therefore called on the people to disregard the tale which he described as the evil machination of some disgruntled elements in our midst bent on causing confusion.