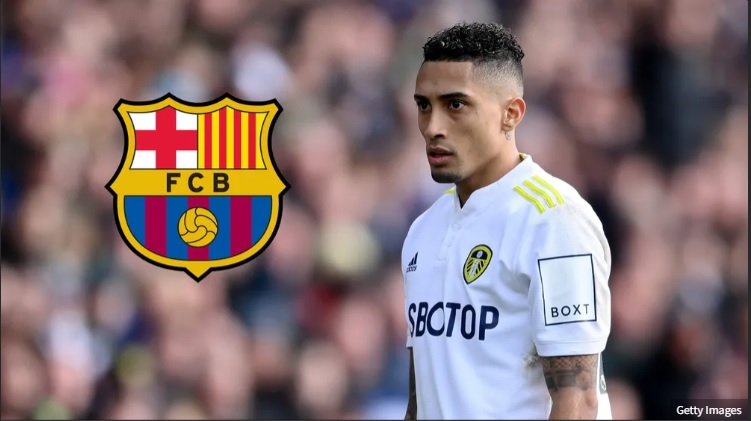 Barcelona have won the race to sign Raphinha after the Catalan club agreed to terms with Premier League side Leeds United, GOAL can confirm.

Chelsea were also in hot pursuit of the winger but Barcelona have reached a verbal agreement with Leeds and the deal is set to be announced in the next few days.

Xavi Hernandez, manager of Barcelona, is planning an overhaul of the squad and signing Raphinha is a step in that direction.
How much will Barcelona pay for Raphinha?
Barcelona are expected to pay €71 million (£60m/$72m) to Leeds for the services of the winger.

Leeds have agreed for Barca to pay the final fee in instalments, with the Liga club’s current financial situation preventing them from coming up with the full amount upfront.

Negotiations between the two clubs have accelerated and they are now working to iron out the minor details of the deal.

Raphinha wanted to pursue his dream of playing at Camp Nou and hence preferred a move to Spain. He is being represented by Deco, the former Barcelona player, who chalked out a way to make the transfer possible.

After Barca matched the offer of Chelsea, Leeds had no qualms in allowing the winger to seal a move away from the Premier League.
Can Barcelona register Raphinha immediately after signing?
It is no secret that Barcelona are in a dire financial situation. They have set some ambitious targets in the summer transfer window, and to finance those deals they must sell, or at the very least get wages off their books.

It is understood that they have to raise around €600m (£515m/$630m) before they can register any of the star players on their summer transfer shortlist.

So while new signings Franck Kessie and Andreas Christensen have been made official, they are yet to be registered, which can only be done when Barca have balanced their books.

The likes of Robert Lewandowski, Jules Kounde, Kalidou Koulibaly and Bernardo Silva are thought to be among their targets, while even Cristiano Ronaldo has been linked with the Catalan outfit.

Barca plan to raise extra money by agreeing to non-footballing deals, such as selling 49.9 per cent of the club’s Licensing and Merchandising (BLM).

An agreement has already been reached with American investment firm Sixth Street over the sale of 10% of the club’s TV rights for a period of 25 years, but that is only worth up to €267m.

However, Clement Lenglet’s loan move to Tottenham will give club president Joan Laporta a bit more breathing space to manoeuvre in the transfer market.