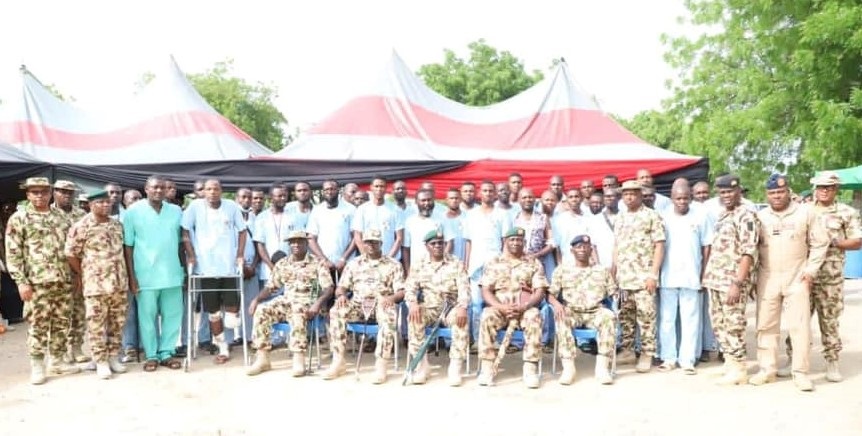 In his remarks, the Special Guest of Honour and the Chief of Army Staff (COAS), Lieutenant General Faruk Yahaya who was represented by the Chief of Policy and Plans (Army), Maj Gen AB Omozoje urged troops to continue to maintain a high level of professionalism, patriotism and remain spiritually upright in all undertakings.

The Chief of Air Staff (CAS), Air Marshal Isiaka Amao, was ably represented by the Chief of Policy and Plans (NAF), Air Vice-Marshal Charles Owho lauded the troop’s commitment and dedication which has yielded great results and huge successes in various military Operations in the NE.

He also acknowledged and expressed delight in the existing synergy between the military and other security agencies in the Theater, urging that such synergy should never wade off.

The Service Chiefs also expressed gratitude to the President and Commander-in-Chief of the Armed Forces, President Muhammadu Buhari GCFR for his immense support in providing requisite platforms, equipment, and logistics that have contributed immensely to the successes recorded so far in various Theatres of Operation. 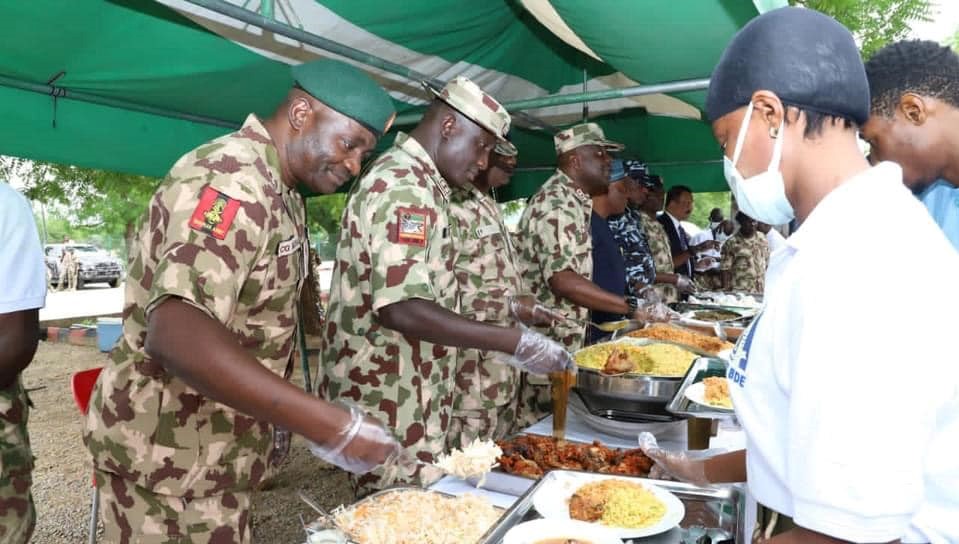 They also appreciated the families of personnel for providing the needed support to remain well-motivated at the Frontline.

Earlier in his welcome address, The Theater Commander thanked the Service Chiefs for their concern for the welfare of troops deployed for OPHK, stressing that it has spurred troops of the Theatre to strive for more successes.

While delivering the vote of thanks, the General Officer Commanding 7 Division NA/Commander Sector 1 OPHK, Maj Gen Waidi Shaibu thanked the Services Chief, Shehu of Borno, Heads of security agencies and the entire audience for making out time to felicitate with troops of OPHK on this special and memorable occasion.

The Luncheon which featured a regaling session of comic entertainment, cultural dance by Borno State Art and Culture, and other side attractions was attended by Service Chiefs, Principal Staff Officers from Service headquarters, Representative of the Shehu of Borno, Heads of security agencies in Borno, Heads of Civil Society Organizations, Heads of INGOs and NGOs, Officers and men of OPHK, families, and friends of personnel, and members of the press.

When the subject sees through the king