I only slept for one hour after – Nick Kyrgios 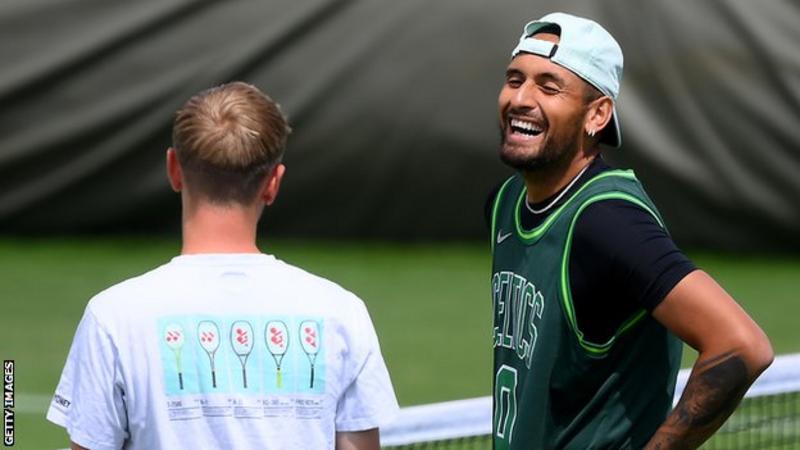 Nick Kyrgios says he only slept for one hour because of the excitement of learning he had reached his first Grand Slam singles final after Rafael Nadal’s withdrawal at Wimbledon.

“I had a shocking sleep, just with the excitement,” the world number 40 said.

“I had so much anxiety, I was already feeling so nervous, and I don’t feel nervous usually.”

Spain’s Nadal, 36, pulled out on Thursday with an abdominal injury.

The pair were due to play at the All England Club on Friday, but 22-time Grand Slam champion Nadal announced he was unable to play because of a tear in his abdominal muscle.

The second seed sustained the injury during his quarter-final win against American Taylor Fritz on Wednesday.

Kyrgios, who has never played a major singles semi-final, said he was out having dinner when he heard the news.

Despite being unable to sleep properly on Thursday night in London, he said on Friday he was a “reckless ball of energy”.

“I just want to go out on the practice court now and hit some tennis balls and just talk,” Kyrgios said.

“I want the final to come already. I know that I have to kind of just calm down.

“There are still a couple days until that moment. Hopefully tonight I’ll get a better rest, chamomile tea and a better rest.”

Kyrgios also found out earlier this week he is set to appear in court in Australia next month in relation to an allegation of common assault.
One British newspaper described Kyrgios reaching the final as Wimbledon’s worst nightmare, with the Australian having been fined twice at this year’s tournament for his on-court behaviour.

“I didn’t read it, to be honest. I didn’t see it,” said Kyrgios, who beat Chile’s Cristian Garin in the quarter-finals on Wednesday.

“It’s something I have to deal with. That’s just the world we live in.

“I’m in a Wimbledon final. I know deep down everything I’ve gone through and I’ve worked for.

Ons Jabeur inspiring all of Africa at the Wimbledon