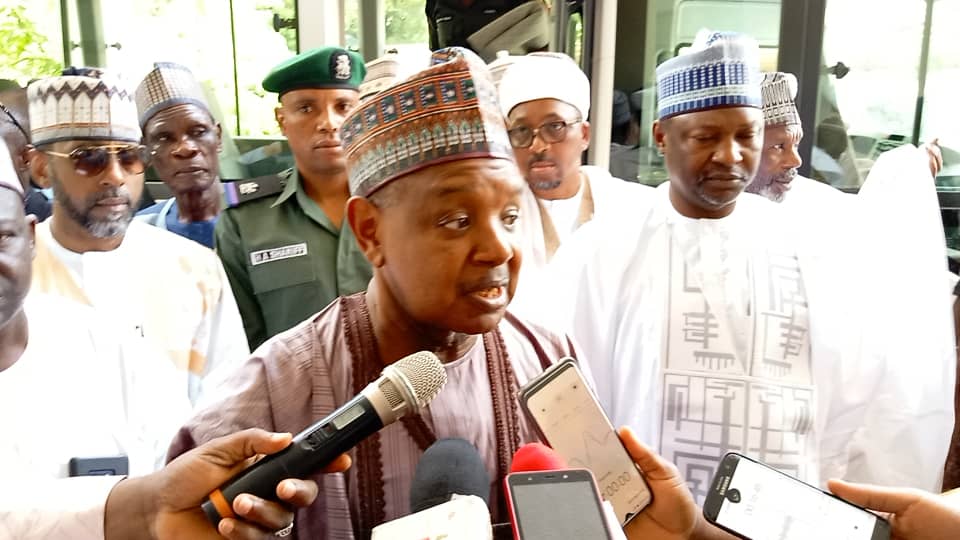 Kebbi – Kebbi State Government has solicited the support of the Federal Government in eliminating the devastating effect of quela birds ravaging rice farms in parts of the state.

Governor Bagudu who spoke in Birnin Kebbi after performing the two Rakat prayers of Eid-el-Kabir at the Eid-Prayer ground requested the Minister of Justice to exert pressure on the Federal Ministry of Agriculture to take decisive action against the destructive birds.

Bagudu said the Kebbi state government has applied appropriate measures towards combating the quela birds but was desirous of the Federal Government’s intervention for a quick solution to the problem.

He rejoiced with the people of the state on this auspicious occasion of the festival of sacrifice, the Eid-el-Kabir celebration urging them to sustain peaceful and harmonious co-existence among the citizenry.

Governor Bagudu also sympathized with communities still facing security challenges assuring that the government has reenergized its security machinery to surmount the problem of insecurity nationwide.

The governor commended the people of Kebbi state for remaining law-abiding and supportive of the administration.

He also requested Muslims to imbibe the lessons and significance of the occasion of the Eid-el-Kabir of perseverance, humility, and obedience.

He prayed to Allah to restore normality to all parts of Nigeria and protect the leaders of the nation.

The Minister of Justice and Attorney-General of the Federation, Abubakar Malami, SAN, as well as Justice of the Court of Appeal, Justice Saddiq Umar were among the prominent personalities who offered the two ra’aka prayers at the Gesse Two prayer ground in Birnin Kebbi.

Colorectal Cancer: Why Adults in Their 40s and 50s Need to Get Screened