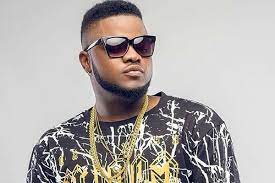 With his European summer tour set to kick off on July 12, Afrobeats star and hitmaker Skales has released a new single titled ‘Say You Bad (remix)’ which features ‘No Wahala’ crooner 1da Banton.

The Eardrumz produced remix is the first taste of what to expect from Skales’ upcoming ‘Sweet Distractions’ deluxe album.
The single also comes with a captivating music video directed by Gorilla Boy, who has also worked with the likes of Rema, Naira Marley, and Reekado Banks, among others.

Arriving just in time for summer and for the festival season, ‘Say You Bad (Remix)’ is an instant dance floor filler and will surely be a crowd-favourite on his upcoming European tour, with its infectious upbeat drum patterns, synth chords, and machine-altered alto melodies.

Skales waxes lyrical about how beautiful African women are, while showing off his catchy flow, sing-along lyrics, and captivating vocal delivery.
Rising star and ‘No Wahala’ crooner 1da Banton brings the glorious dance track home, with a melodic and lyrical masterclass of his own.

With over 150 million plays online, five critically acclaimed projects that have given us hits such as ‘Shake Body’ and ‘Temper’, as well as international collaborations with the likes of Major Lazer, Nicki Minaj and Burna Boy under his belt, Skales greatly talented artist with his own unique sound that has found the perfect medium between Afrobeats and Electronic dance music.

‘Say You Bad (Remix)’ is the first of six new songs that will be featured on the upcoming ‘Sweet Distractions’ deluxe album set for release in September.