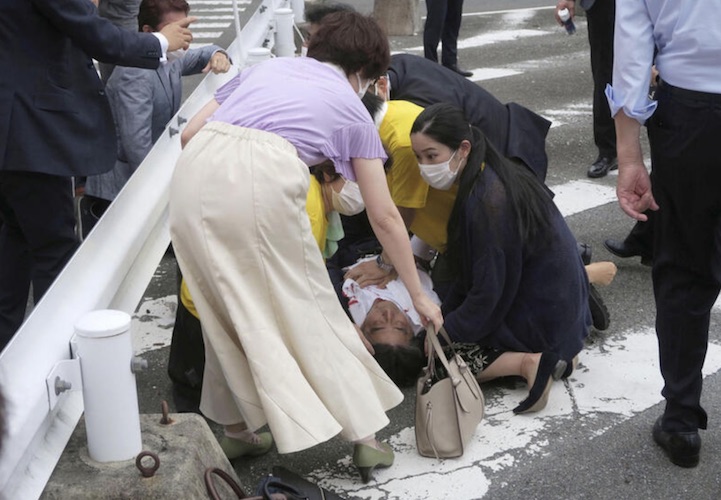 A gunman has assassinated the former Japanese Prime Minister Shinzo Abe during a campaign for a colleague.

Mr Abe was shot twice, in the chest and the neck, while giving a speech in the southern city of Nara on Friday morning.
He was immediately rushed to the nearest hospital but was confirmed dead from blood loss minutes later.

The 41-year-old suspect was apprehended at the scene as he did not attempt to flee.
Reports suggest that the suspect might have been offended by the former minister during his reign as Japan’s Prime Minister.

The 67-year-old was Japan’s longest-serving Prime Minister, held office in 2006 for a year and returned between 2012 to 2020, but was forced to step down due to a health condition ‘Ulcerative Colitis’.