FG Addresses the Menace of Agrochemicals Handling in Nigeria 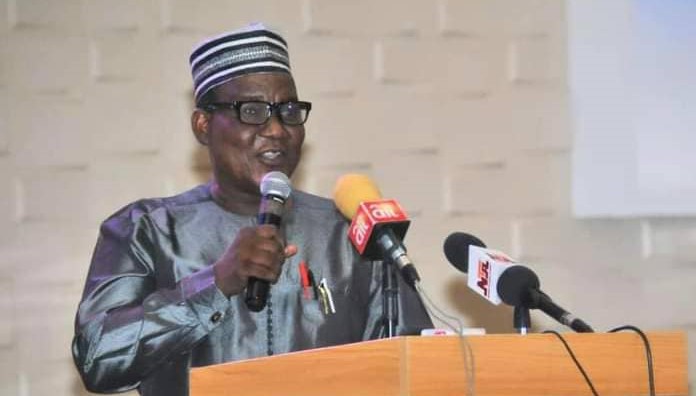 The PS, who was represented by the Deputy Director, Farm Inputs Support Services Department, (FISS), Ishaku Buba, made the declaration recently at the Stakeholder’s Workshop on Agrochemicals handling, Marketing and Distribution in Nigeria, with the theme “Agrochemical’s importation, Production, Marketing and Distribution in Nigeria to safeguard humanity and the Environment” held at Debbie’s Upper-Class Event and Recreation Centre, Orozo, in Abuja.

The Assistant Chief Information Officer Eremah Anthonia in a statement on Thursday quoted the PS saying:

“Agrochemicals are input that plays an important role in the different stages of plant development, right from land clearing, and cultivation to the storage of eventual farm produce.

“The workshop is not only important to the Ministry as the regulator of the products but to all relevant stakeholders operating along the Agrochemicals value chain.”

Dr. Umakhihe said despite the important contribution of the product, some sectors of society have devised means of adulterating the products thereby causing a lot of economic loss.

“Some products banned from use in other parts of the world, particularly the European Union have found their way into the Nigeria markets and due to the absence of a legal framework to curtail the influx and marketing of such banned products, little has been achieved,” he added.

He stated that to address this ugly situation, the Ministry has been working with relevant House Committees on Agriculture, tiding up a Regulatory framework to ensure sanity in the agro-chemical or pesticides business.

“In pursuant to this, the National Fertilizer Quality Control Act, 2019, was being repealed to incorporate pesticides bill in order to regulate the rampant abuses in the agrochemicals operations” The Permanent Secretary added.

Speaking further, he said that the Ministry at the moment has trained enough professionals in all the 36 States of the Federation including FCT to monitor and supervise the market.

The PS maintained that stakeholders were expected to come up with a realistic and definitive way of tackling the menace faced in agrochemicals operation in Nigeria with defined protocol in line with the International best practices to handle banned products.

In his remarks, the Director, Farm Inputs Support Services Department, Muhammad Kwaido represented by the Assistant Director, Organic fertilizer Development Promotion, Igeh Oluyemisi stated that Agro-chemicals are commonly used to eliminate a variety of agricultural pests and insects that damage crops, livestock, and others.

Adding that agrochemicals value chain players like the importers, manufacturers, marketers, and dealers would require basic knowledge in handling pesticides from production to the last farmers that use the products.

He further explained that to ensure maximum benefits through the facilitation of plant growth, and protection of humans and the environment, it is necessary to build a legal framework that would safeguard the operations of the agrochemical industry.

He, therefore, solicited a high level of cooperation among stakeholders through open contributions during the workshop.

In his goodwill message, the Director Federal Department of Agriculture, Engr. Adbullahi Abubakar represented by Assistant Chief Agricultural Officer, Adanlawo Julius said that Agro-chemicals have come to stay, if not properly handled, they can be injurious to our health and would be very dangerous to our food component Nutrition.

One of the Stakeholders at the event, Department of State Services (DSS) James Abubakar commended the Ministry for its efforts toward ensuring sanity in the agro-chemical industry.

He stated the importance of Quality Fertilizers in the Agricultural Sector, adding that sub-standard fertilizers could lead to low production output and threaten Food and Nutrition Security.