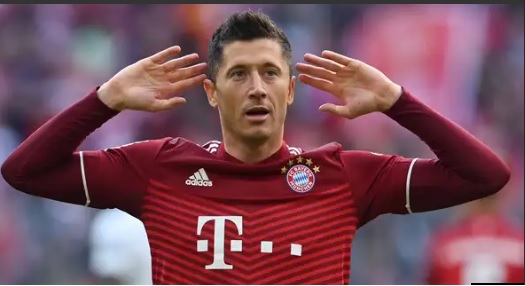 Barcelona have made an offer to Bayern Munich for their prolific Poland forward Robert Lewandowski.

Barca president Joan Laporta said he was hoping for a “positive response” from the German champions.

“We have made an offer for the player, we are waiting for the response, we will see if it is positive,” Laporta said on Thursday.

Lewandowski has one year left on his contract.

Laporta would not discuss specific details about Barca’s offer but it has been reported they have offered £33.8m plus a £4.2m bonus for the player.

Barcelona have dismissed rumors that Bayern, suspicious of Barca’s economic situation, wanted payment for the transfer of Lewandowski up front.

“I don’t believe it,” added Laporta. “I believe its information from a cat and it was a joke. It doesn’t come from Bayern.

“We made an offer and they must now weigh it up.”

Lewandowski has scored 238 league goals in 252 appearances over eight years for Bayern, winning eight Bundesliga titles and the Champions League with the club.
(BBC)