Raheem Sterling: Why are Man City letting him go? 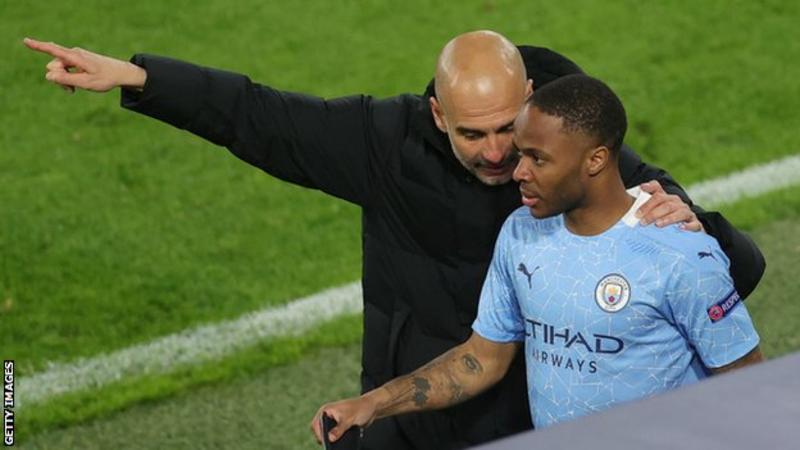 Raheem Sterling will be the second player this summer to leave Manchester City for one of their ‘big six’ rivals after agreeing personal terms with Chelsea.

After also selling Gabriel Jesus to Arsenal, and signing Erling Haaland from Borussia Dortmund, City are going to look different up front this season.

Chelsea will have a new look too, with England forward Sterling coming in after Romelu Lukaku’s return to Inter Milan.

So what is Sterling’s legacy at City, why is he leaving and what will he bring to Thomas Tuchel’s side?
City have won 29 major trophies in their history, 12 of them while Sterling was there – including four of their eight league titles, five of their eight League Cups and one FA Cup.

He leaves with 131 goals and 74 assists in 339 games across seven seasons following his move from Liverpool.

He has been a hugely important part of Pep Guardiola’s managerial career too, playing more games (292) for the Catalan than anybody else.

But despite that, Sterling has never really established himself as a legend in City fans’ eyes.

“Sterling has never been a crowd favourite, which is difficult to explain as he has now won more Premier League titles than any non-Manchester United player apart from John Terry and Fernandinho,” said BBC Sport’s Simon Stone.

“His form has been patchy. Sometimes he looks really effective, on other occasions he can be quite wasteful and he still misses chances in front of goal. Yet he remains a danger with the ball at his feet and his best days could still be ahead of him.

“He could be one of those players whose time at City is appreciated more in retrospect than it has been at the time.”
Sterling’s huge level of success at City poses an obvious question – why are they allowing him to leave for a potential title rival?

There are two big factors. One is the fact he is out of contract next summer so this was the last chance to cash in – and the other comes with the signing of Haaland.

City have often played without an orthodox striker in the past couple of seasons with Aguero injured a lot, and then leaving for Barcelona.

But the £51m signing of Borussia Dortmund striker Haaland, who has scored more than 150 goals at the age of 21, will surely change all that.

Only nine of Sterling’s 47 games last season were in a central role, but Phil Foden – who was the nominal centre forward 19 times – will take up a wing place a lot of the time.

Sterling only started 23 Premier League games last season – and that was without Haaland at the club.

“City didn’t actively want him to leave and would have been happy for him to stay,” added Stone. “But he also wanted to be an integral part of a team competing at the highest level. Pep would never guarantee that.

“Ideally, they would have sold to a non-Premier League club. However, if Chelsea were willing to pay more than anyone else for a player who could have left for nothing in 12 months’ time, financially, it makes sense.”
One thing Chelsea will be getting is goals and assists, something they have lacked despite their recent success.

The last time a Chelsea player scored more goals in a season than Sterling – both in the league and in all competitions – was Diego Costa in 2016-17.

“Given his goalscoring capability, Sterling may appear to be an upgrade on those already in place and makes up for the shortfall left by Lukaku,” said BBC Sport’s Alistair Magowan.

“He also represents a statement of intent from the new owners, who are understood to have ambitious plans in the transfer market.

“Crucially, he is the first signing made by Tuchel since he was given more power under co-owner and interim sporting director Todd Boehly following the exits of technical and performance advisor Petr Cech and director Marina Granovskaia, who handled negotiations.”

Since 2017-18, the England forward has scored 110 goals and created another 51 in all competitions for City.

Olivier Giroud (39) – now at AC Milan – and Eden Hazard (38) remain Chelsea’s top scorers in that timeframe. Hazard left for Real Madrid three years ago. Willian, who left two years ago, is their top assister with 31.

Sterling could slot in as a false nine, a system Chelsea boss Tuchel seems to favour. It is even more likely Chelsea will play without a proper striker after sending last season’s top scorer Lukaku on loan to Inter Milan.

Last season Sterling had more touches in the opposition box (8.93) per 90 minutes than any of Chelsea’s forwards who remain at the club.

He also attempted and completed more dribbles than any of the Blues front line. Hakim Ziyech and Mason Mount played more passes than Sterling and – despite scoring more goals – Sterling took fewer shots than Ziyech, Timo Werner, Mount and Kai Havertz per 90 minutes.

Chelsea already have plenty of options in attack, but need someone who both creates and scores goals on a regular basis.

“Sterling’s arrival will lead to questions about the futures of wide forwards Werner, Christian Pulisic and Ziyech,” said Magowan.

“They were all signings made before Tuchel was appointed midway through the 2020-21 season.

“With Sterling, added pressure will be on Tuchel. The manager will need a goal return, but the success of the signing may also depend on Werner, Pulisic or Ziyech also leaving the club, which will avoid frustrations about playing time and help balance the books under a majority private equity ownership.”