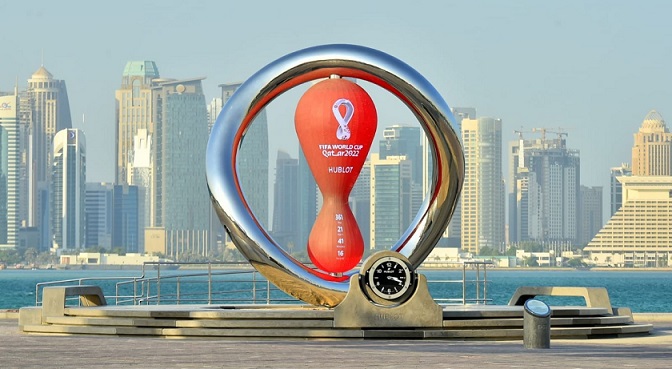 As the 2022 World Cup draws closer and closer, many many football players have been switching allegiance to countries where they can play the World Cup with.

Wing-back Lamptey had looked set to switch to the West African nation after he asked to be dropped from the England Under-21 squad for the European U21 Championship qualifiers last month.
The pair join three players based in Germany Stephen Ambrosius, Ransford-Yeboah Konigsdorffer and Patric Pfeiffer – in committing to the Black Stars ahead of the 2022 World Cup in Qatar.
Pfeiffer
22-year-old uncapped German-born defender Pfeiffer who plays for Darmstadt 98 has also switched to Ghana. Hamburg’s duo of Ambrosius, 23, and forward Konigsdorffer, 21, have both represented Germany at the under-21 level and have now switched their nationality to Ghana.

“We have always maintained that we will not limit ourselves to only a small group of players but would scout top talents across the globe who are ready to sacrifice for the nation and to take us to the next level. “This gives the technical team more options to choose from adding to our continuous desire to improve the team.

“Coach Otto Addo and his technical team will continue to monitor and assess them for future assignments including the September games and the World Cup in Qatar.” The five players are not the only players as we will be looking at some other players who did this and will be in this year’s World Cup.

Koulibaly
Another player to look at is Napoli star player Koulibaly. The defender was born in France to Senegalese immigrants, and after coming through the French youth system including representing Les Bleus at the U-20 World Cup he chose to represent Senegal.
He said he wants to “write the story of the future of Senegal football.” After that Koulibaly went on to be the pillar of the Senegal defence. He was the captain of the Senegal team that won the Afcon 2021 final, beating Egypt on penalties.

European Players who Swapped Country for the 2022 FIFA World

Jack Grealish
Manchester City star player Jack Grealish was born and raised in Birmingham but qualified for Ireland through his grandparents. He played for Ireland up through the U-21 level before he decided to switch his nationality to the Three Lions of England declining a senior call-up from Ireland. After the switch, he helped England U-21s win the 2016 Toulon tournament before starting a now-legendary four-year wait for a senior call-up.

That wait ended in 2020 and, after his impressive performances, Captain Jack is finally an established member of the England squad. He played the role of ‘super sub to perfection during England’s run to the Euro 2020 final, turning several games from the bench.

Ivan Rakitic
Sevilla playmaker Ivan Rakitic was born and raised in Switzerland with Croatian parents. He emerged in Swiss football before moving to Germany and then settling in La Liga. He played for Switzerland youth severally before switching to Croatia. In the Croatia national team, he is an indispensable member of the first-team squad.

The trans-Clásico partnership he formed with Real Madrid star Luka Modric powered Croatia to much of their success, including their historic run to the 2018 World Cup final. In the World Cup tournament, he became the first player in World Cup history to score two shootout-winning penalties in the same tournament in addition to consistent excellence and stability in the middle.

Matty Cash
Matty Cash is another player who switch his nationality from England to Poland sometime back in September. The Aston Villa right-back says he will give his all for his new national team. Cash first approached the Polish FA about switching in 2018 and has met manager Paulo Sousa ahead of two key World Cup Qualifiers in November despite growing up in England, Cash qualifies for Polish citizenship through his mother and grandfather.

Aymeric Laporte
On the tenth spot is Manchester City defender Aymeric Laporte. The 26-year-old was granted Spanish citizenship earlier in 2021 and he represent Spain which is new country in the last Euro 2020 tournament this summer.

Laporte played for France’s youth teams but has not made an appearance for the country’s senior team. A FIFA statement said he could play for Spain with “immediate effect”.
He was born in France, but he spent most of his life in Spain with Spanish side Athletic Bilbao.
(Everyevery)