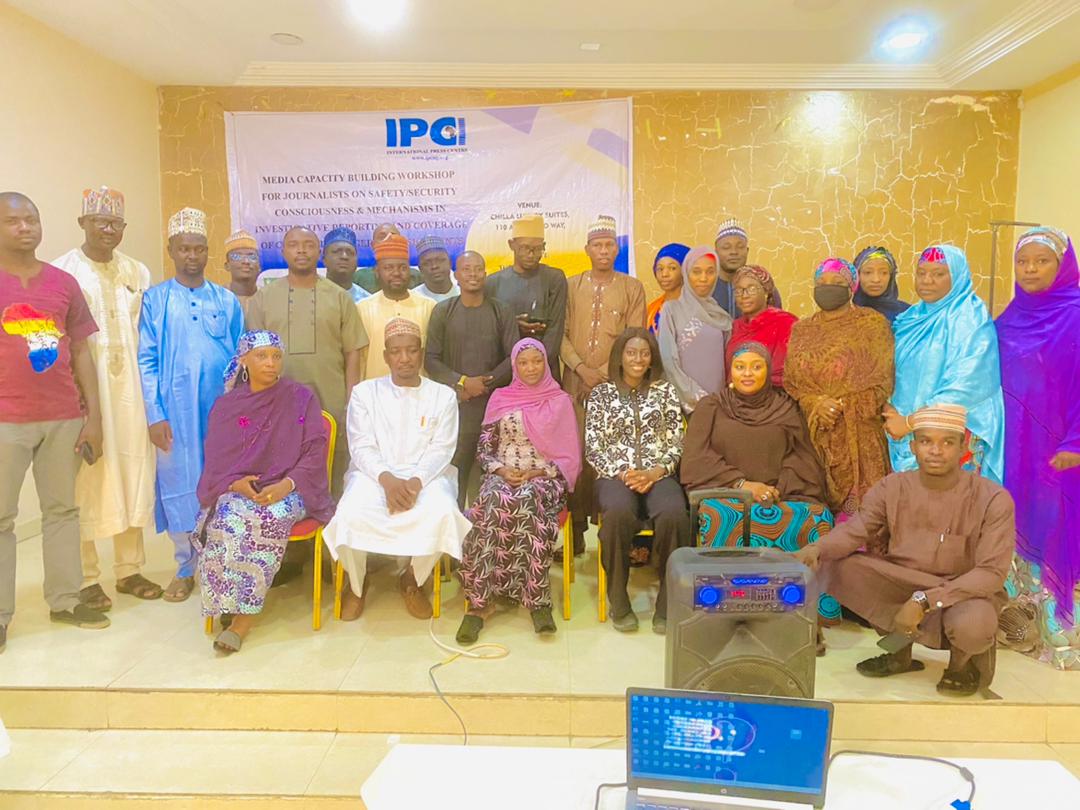 The International Press Center, IPC, has trained Journalists on how to protect themselves from every attack in their professional work. I

This is coming during the two-day media capacity-building workshop for Journalists on safety and security consciousness and mechanisms in investigative reporting and coverage of conflicts or dangerous assignments organized by IPC with the support from ‘Yar’adua Foundation and MacArthur Foundation held in Kano on the 5th and 6th days of July 2022.

Dr. Nura Ibrahim one of the facilitators said journalists have to be conscious of their data to avoid fraud stars and hackers on the internet.

In her presentation, Dr. Rukayyah Aliyu Bello said investigative journalism is a dangerous assignment that leads to attacks and death.

Dr. Bello said when journalists go in-depth in their reporting, he has to be extra careful with their safety than the work.

She said during investigative reporting journalists have to disguise and make their investigation and to have a successful assignment.

During covering conflicts which is a dangerous reporting for Journalists, she said extra care has to be made as he only carries a camera as his weapon.

Managarciya report that the training attracts Journalists from various Radio/Television and newspapers in Kano to train them on how to protect themselves from harm.