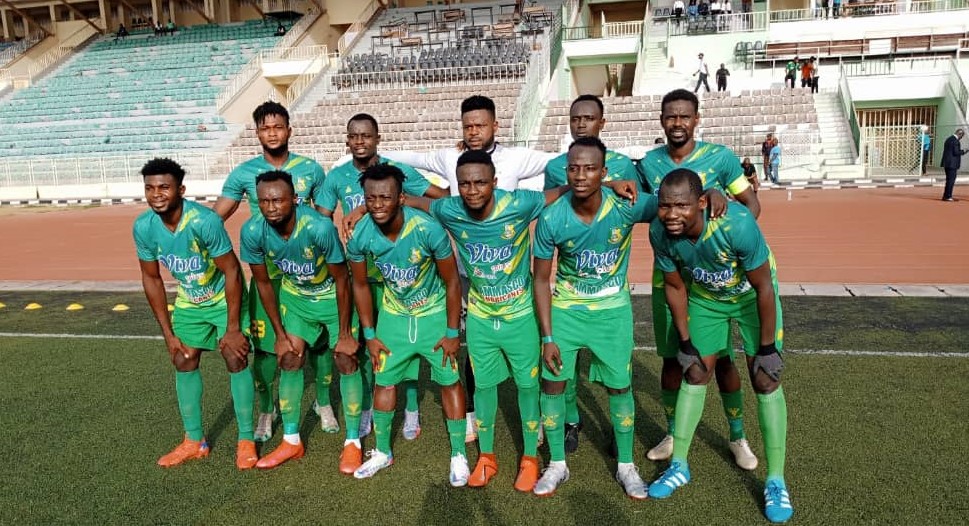 Both sides spent ninety minutes of the game searching for the goal but all their efforts proved abortive.

And after the center referee, Zakari Muhammad from Niger state signaled the additional time of three minutes to round up the game; at exactly ninety-two minutes he awarded a questionable penalty to the home side and converted by its attacker Ebebu Duru which gave Rivers United the maximum points of the match.

In his post-match reaction, the Technical Adviser of Kano Pillars, Salisu Yusuf aka D. Black said it’s very sad because they work so hard for the game with intention of getting at least a draw if they cannot win.

Coach Yusuf said his boys get three good chances but were not able to convert any to a goal. At the last minute, the host gets a penalty that can be overlooked but the center referee awarded them the spot-kick, and nothing one can do because the referee’s decision is final.

He said despite the defeat, he appreciates the effort of his players because they did well just the God of soccer is not on their side.

He expresses confidence in the two remaining matches to end the season.

Coach Salisu believes Kano Pillars will not go to relegation. He appeals to the teeming fans of the club to continue praying for them in order to achieve their target objective to remain in the elite league.

Kano Pillars are in the sixteenth position on the table with forty-five points in 36 matches.