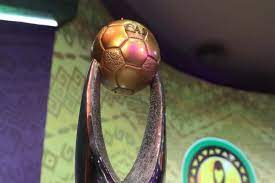 Morocco will be the host country for the 2022 Caf Women’s Champions League, the Confederation of African Football has announced.

The football ruling body twice has opened the hosting rights for the second edition of the continental women’s club competition.

“The Executive Committee, therefore, resolved to award the competition to Morocco as the only bidder.”

The date of this year’s competition is yet to be announced, however, eight teams are expected to compete for the top prize.

In the same vein, Caf gave an update on the 2022 African Nations Championship billed for Algeria.

It was decided that the opening match will commence on January 13, 2023, while the final will hold on February 4.

“The Executive Committee noted the report of the inspection delegation team led by Vice President Seido Mbombo Njoya and Executive Member Moses Magogo on the state of readiness of Algeria,” it continued.

“The Executive Committee confirmed that the opening match of TotalEnergies CHAN is 13 January until 04 February 2023.”

Morocco are tournament’s defending champions having silenced Mali 2-0 in the final of the 2020 edition played in Stade Ahmadou Ahidjo, Yaounde.
Elsewhere, Egypt have bagged the rights to host the Beach Soccer Africa Cup of Nations 2024.

“Caf received two bids from Egypt and Morocco for the Beach Soccer Africa Cup of Nations 2024,” it added.

“The Executive Committee resolved to award Egypt the rights to host the Beach Soccer Africa Cup of Nations 2024.”
(Goal)