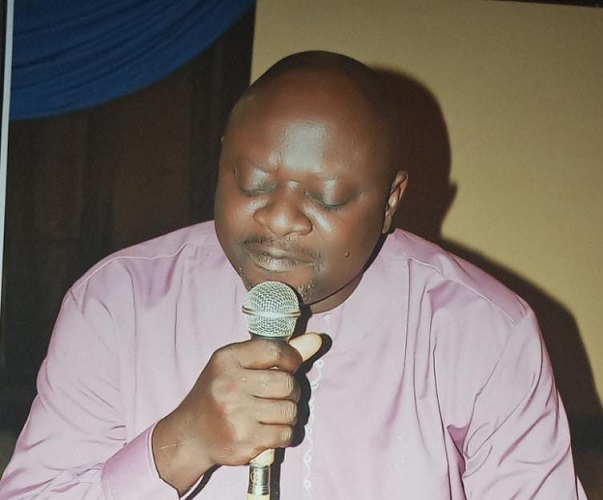 He is Michael Babatunde Aribido, his stage name is Mr. Unstoppable

He was born on 20th, July 1975 to the family of late Chief Matthew Buraimoh Aribido and Madam Janet Etanibi Aribido of Blessed Memory, both of the royal houses of Ohi Ekinrin and Otun Adde both of Ekinrin-Adde community.

In 1992 he proceeded to the then Niger State College of Administrative and Business Studies in Bida, Niger state now Niger State Polytechnic (Bida Campus), where he obtained a certificate in accounting and auditing in 1993.

He was later posted to the Federal Capital Territory, Abuja in the year 2002 for his National Youth Service Corps, where he had his primary assignment at Wema Bank, Abuja Main branch in central Area, Abuja.

He worked briefly after his youth service at the bank and later on at Dabrass Hotel in Abuja where He later got an appointment at Nigerian Bottling Company Depot in Ankpa Kogi State as a Depot Marketing Officer in the year 2004.

It was shortly after this that the storm that change the cause of his life finally visited him when he suddenly developed an eye problem which was later discovered to be an irreversible eye disease called glaucoma.

After running from pillar to post for so many years seeking both medical & spiritual solutions to this challenge which is yet to come to date, he decided to forge ahead in life and move from a pitiable condition to a condition where he could fend for himself in order not to beg for bread.

A chance meeting with Mr. Unstoppable revealed he is a comedian by birth, an entertainer by calling, and a presenter by training.

Thus, in 2005 he decided to venture into the broadcasting industry as a freelance or independent broadcaster.

So, he floated a media service company called Unstoppable Multi-Media Productions, which at that time was duly registered with the Corporate Affairs Commission.

The blind comedian is also the proud organizer of the Annual Okun People’s Day, an Entertainment Forum that brings people from all works of life together every 30th of December for a variety of Entertainment like Live musical performances, cultural dances, comedy, live game shows, and Live Radio presentations.

He’s a producer and presenter per excellence, a stand-up comedian with a huge sense of humor.

His ability to hold his audience spellbound to his radio programs and live shows with a professional touch and natural talents stand him out as a good radio presenter and comedian.

Mr unstoppable noted that as a freelance radio presenter in the Kogi state where there are few radio stations, it is difficult to excel in commercial broadcasting because of low patronage, high cost of production, and payment for airtime.

“The major challenge is that most radio stations are not concerned about the quality of their program but money how they will make out of it.

“They forget that it is difficult to market a program or get sponsorship for content that is not on air.”

He urged the parents, government, and the public to explore the talents of PwD to give them a sense of belonging and livelihood.

“We should not resign to fate but strive to make a better living while believing in God,” he stressed.

Mr unstoppable lamented that it was difficult getting a dependable woman to marry.

Aribido the ‘Unstoppable’ is a single father with a child. He lives happily in Kabba, Kogi State.