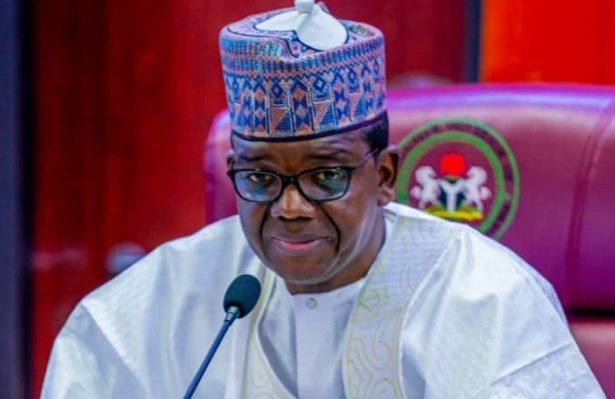 Governor Bello Matawalle of Zamfara has begun training for a newly-established security outfit, Community Protection Guard (CPG) to tackle banditry and kidnapping in parts of the state.

The announcement was contained in a statement by Malam Jamilu Birnin-Magaji, Press Secretary to the Governor in Gusau.

The statement said the new outfit would give needed support to the conventional security agencies in their effort to end banditry and kidnapping that had ravaged the state.

Matawalle said at the exercise, that his administration had resolved to tackle the state’s security challenges head-on by implementing new security measures.

“The Governor said the government came up with additional measures for combating insurgency in the state.

“Among the new measures is the recruitment of CPGs in each of the 19 Emirate Councils of the state.

“He said the decision to establish the CPG was informed by his administration’s desire to use possible options to deal with the increasing act of banditry causing loss of lives, untold hardships and rupturing inter-communal peace in parts of the state,” the statement said.

It said that the governor urged the guards to concentrate fully on their training as the task ahead of them was enormous and daunting.

“As Community Protection Guards, yours is a patriotic call, your names would stand out in history as people with remarkable patriotism, selflessness, and love for peace.

“Only people with courage and bravery will offer to serve as guards of their communities, bravely standing up to face the brutal infamy of the bandits,” Matawalle said.

The governor also called on them to work within the parameters of the rules of engagement which would be clearly spelled out during the training.

He counseled them as newly-recruited guards, to serve as agents for the restoration of normalcy and peace in their communities.

Matawalle said at the end of the training, the CPG members would be deployed to their various communities in the 19 Emirate Councils of the state to complement the security forces in the fight against banditry and sundry crimes.

He reminded them to remain disciplined throughout the exercise and to keep in mind that they were trained for a life-saving mission that would spare their neighborhoods from terror and suffering.

He said their efforts would restore the dignity of human life and peaceful co-existence in the state.

The Commissioner of Police, Zamfara Command, CP Ayuba Elkana, said the training was part of a series of measures being taken to tackle crimes.

Elkana expressed the command’s support to Matawalle in the fight against banditry.

He urged the recruits to be law-abiding, and God-fearing in the discharge of their duties to achieve the desired goals.

Earlier, the Commissioner for Security and Home Affairs, retired Deputy Inspector-General of Police, Alhaji Mamman Tsafe, said the guard was established to assist the security agencies in securing the state.

Others included the State Head of Civil Service, Alhaji Kabiru Muhammad, members of the State Executive Council as well as Heads of security agencies in the state.

While appreciating the courage of the administration, I hope another monsters are not going to be created.