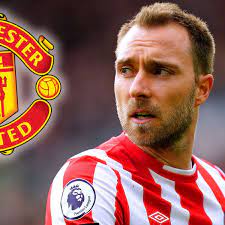 The signing is not yet complete, with formalities still to be carried out – but the playmaker is now set to become one of a host of new recruits this summer.
Eriksen became a free agent after his short-term deal with Brentford came to an end last month.

Tottenham had also shown interest in re-signing their former player – but when Antonio Conte turned his attention to other targets, it left United as front-runners for the 30-year-old.

Eriksen gives Man Utd transfer boost
The news is a welcome boost to Ten Hag, who is dealing with the fall-out of Cristiano Ronaldo making clear his intention to leave the club.

Ronaldo did not show up for his first day of pre-season training on Monday, citing family issues as the reason for his absence.

United have accepted his explanation – but are adamant he is not for sale and he will be expected to see out the remaining 12 months of his contract.
As reported by GOAL, Ten Hag told United he wanted to sign Eriksen and top target, Frenkie de Jong, as part of a midfield overhaul.

That is the area he considers most in need of address since taking over at the club, with Paul Pogba, Nemanja Matic, Juan Mata and Jesse Lingard all leaving at the end of last season.

Ten Hag sees Eriksen as capable of playing in a deeper midfield role or as a No10 to give him more options in the middle of the pitch.
United’s priority is central midfield, with Ten Hag closing in on a deal for De Jong, but defensive reinforcements are also being sought at Old Trafford.

Feyenoord left-back Tyrell Malacia was due to complete his medical on Monday ahead of becoming the first signing of the summer, while a bid has also been made for Ajax centre-back Lisandro Martinez.
(Goal)