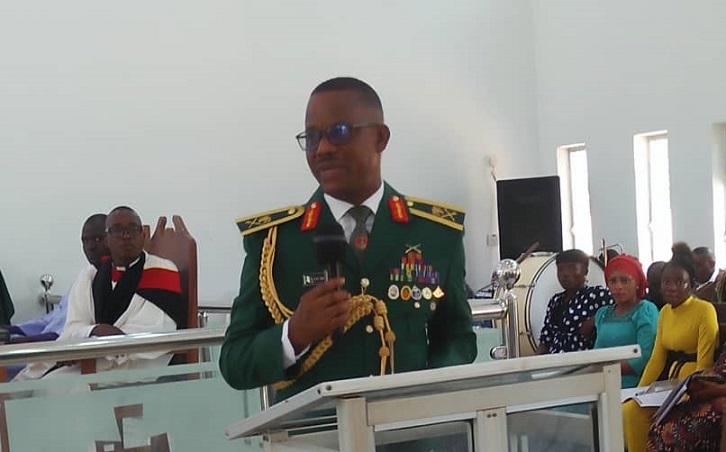 The Nigeria Army 8 Division Sokoto has held an Interdenominational Church Service for the promotion of unity and religious tolerance in the Armed Forces.

The interdenominational church service is part of a series of activities line up for the promotion of unity and religious tolerance among the Nigerian Army as it relates to national unity.

In his sermon, the GOC said, the Army was expected to promote unity and religious tolerance as well as absolute loyalty to their superior and not to be distracted, adding that a soldier must operate by the rules and discipline enough at all times.

“I will do whatever, I can to please the Chief of Army Staff as part of my absolute discipline and loyalty to the service which I equally expect from every discipline soldier.

“As a soldier discipline, loyalty and hard work must be a yardstick for you to grow, as God says no hard work will go unrewarded.

“Any country that does not have a strong and dignified Armed force is bound to fail,” the GOC said.

The GOC noted that Operation Hadarin Daji which he was leading was divided into three segments and has recorded tremendous success since when it was launched.

He said the first Sector was based in Gusau Zamfara state to take care of Zamfara and Kebbi states, while the second was stationed in Katsina to take care of Katsina state alone considering its land mass.

The third sector was billed to take care of Sokoto and some parts of neighboring Kebbi state. 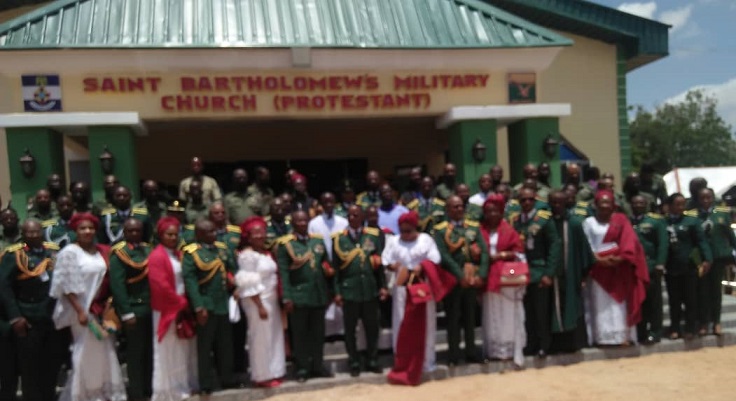 Gen Bassey further explained that most of the crimes taking place now in the northwest were pre-arranged by some criminals within the society of the neighborhood.

He said the challenges of insecurity Nigeria is facing now would soon become a thing of the past as over 5600 Boko Haram terrorists in the northeast have since surrendered to the constituted authority.

“The military is working hard to bring an end to the present predicaments facing the county, we will not relent until optimum success is achieved.

“We will deal decisively with any promoter of religious intolerance in the country, adding that a soldier must endure hardship, he should be bold and courageous to face unforeseen challenges.

In his sermon, Reverend Father, Lieutenant Colonel ED Clement said one of the Cardinal Principles of the Nigeria Army is Promoting national unity through religious diversity in the country.

He said our diversity is our strength as the Army was saddled with the responsibility of protecting the country’s territorial integrity against internal and external aggression.

“We must celebrate the lives of our gallant military men and women who fought and died for the continued existence of our country Nigeria.

“The Nigeria Army has fought in the Nigeria civil war, the World War and are still fighting insurgency in the northeast and the current war on terrorism and banditry in the Northwest.

“Our training is to ensure to promote unity and coexistence where ever we may find ourselves.

“We could not co-exist if there is no unity among us as bullets when released from the barrel of the gun do not depreciate between religion, tribe or region.”

The Reverend Father emphasized that there is no time country needs Armed Forces than now, the Army is the last resort when it comes to the challenge of insecurity and disunity in the land.

He said the Army also plays a critical role in the operational works of the police and other paramilitary agencies.

“There is religious intolerance everywhere even in the church, where one does not believe in the activities of other churches aside from his own.”

The clergyman further stated that in politics, when the politicians want to create divisions among citizens for the purpose of winning elective offices, they use religion to divide those who believed in unity and continue the survival of the country as one nation.