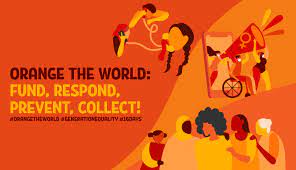 The just concluded 10th Africa Conference on Sexual Health and Rights gathered over 900 delegates including Social Campaigners, Academics and Policymakers from over 41 countries.

The biennial conference was hosted in Freetown from the 27th of June to the 1st of July 2022.

According to the United Nations Africa has the youngest population in the world, with 70% of Sub-Saharan Africa under the age of 30.

The conference served as a platform for 350 young people who developed a manifesto on issues around Sexual and Gender-Based Violence.

Salamatu Laggah is a member of ‘One Family People’ a disability-focused organization advocating for inclusion and justice.

“Politicians, when they do out their manifestos there are no specific things wherein they can capture disability. In the youth manifesto, you know really I was proud to hear when that lady was reading it out.

She talks about involvement, she talks about the negative things happening to people with disability. She also mentioned that, now is the time. Because we cannot continue to live in this live struggling forever. Now is the time and now, we can make that change.”

“The 10th Africa Conference on Sexual Health and Rights, sets the platform for young people to discuss issues that are affecting them in terms of Sexual and Reproductive Health.

Sessions have been packed with issues around gender violence, issues around body autonomy and many issues surrounding all forms of violence against women and girls”, Eric Kawa reports from Freetown.

Dasola Tewogbade is a youth activist from Nigeria, her organization, Feminist Inspiring Gender Unity, Respect and Equality has been championing issues on body rights and gender equality.

And so of course that is tough. And it’s kind of personal to me right, because I’m a product of that; my mother was basically forced to have me. I feel no woman or child should go through that.
That is why I went into the activism of fighting for abortion rights back in my country.”

Youth Activists called on engagement involving funding for their works and to be included in decision-making.

Chengeto Pasipanodya was a member of the youth steering Committee and the founder of SAYWHAT, a network of safe spaces for young women and female students in Zimbabwe.

“Everything for me has been a takeaway. Because you know, when we were first sitting down, and we were having all these meetings and we were planning the conference, what do we want to achieve?
How best can we get the young people?
So just the whole experience has just been amazing. And seeing the exclusivity that has been happening at this place, we’ve got members from all over Africa, members of the LGBTQI community, young people living with disabilities, young people who are living with albinism and everybody just been here and everybody just contributing towards the manifesto. It has been the greatest takeaway.”

At the closing plenary, Sierra Leone’s President Julius Maada Bio announced the approval of a ‘Safe Motherhood Bill’ which will ensure the safety of women of reproductive age and decriminalize women who seek to have choices over their bodies.