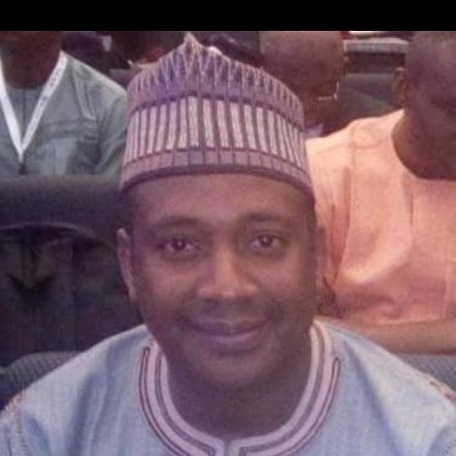 The attention of the Kebbi State Primary Healthcare Development Agency has been drawn to an online report from an NGO, called MAWA foundation in which the picture of a dilapidated Primary Healthcare facility at Unguwan Madi village in Jega LGA was used to question the justification for what the writer alleged was spent on rural health by the Government of Kebbi State in 2021.

Briefing newsmen in Birnin Kebbi the Executive Secretary, Kebbi State Primary Health Care Development Agency Dr. Abubakar A. Kaoje said given the distortion of facts in that report with a tendency to misinform the public and create a bad impression of the Government of Kebbi State, the Agency is compelled to clear the air on the matter.

The Primary Healthcare facility showcased in the report is a 3rd-grade facility (Health post) of which Kebbi State has over 500 in addition to the 1st grade (PHC) and 2nd grade (Health clinic) healthcare facilities. And the facility is actually in Jega, not Maiyama LGA as alleged by that report.

It is the sad truth that, due to the neglect that the PHC system in the country has suffered over the years, infrastructural decay is one of the major challenges of the PHC not just in Kebbi but the entire Country. It is in the realization of this fact that the NPHCDA identified PHC revitalization as one of the pillars of its PHC reform agenda.

In its effort towards addressing the PHC infrastructure gaps and in line with the Ward Health System of the Country which aims at providing at least one functional PHC per political ward, the Kebbi State government in collaboration with Development partners has embarked on PHC revitalization which resulted in the renovation of 140 of the 225-ward focal PHCs in the State with an on-going renovation of 36 more facilities, he said.

Dr. Kaoje also indicates that the Kebbi State Government had approved the full implementation of PHC under a one-roof policy and provided regular funding for PHC activities in the 21 LGAs in Kebbi State.

He also explains that These PHC reform strides of the State Government together with support from the Federal Government and the Development Partners have led to a remarkable improvement in the PHC indices of the State, which he said has led Kebbi State to score 82% in the PHC under one roof scorecard-5 of the NPHCDA in 2020. He added.

Dr. Kaoje further explains that the immunization performance survey (LQAS) of the NPHCDA has improved from a mere 18% in 2018 to 81% in 2021 while the preliminary report of the Multiple Cluster Indicator Survey (MICS) of 2021 has reported for Kebbi, immunization coverage of 55% compared to 11% reported by the same survey in 2017.

He also said improvements have also been observed for other service delivery indicators such as the (ANC,) facility delivery and family planning as shown by the steady rise in the DHIS data entry for these services.

It is therefore clear from the foregoing, that the Kebbi PHC under the present Administration of Governor Abubakar Atiku Bagudu is, surely, on its way to glory.

However, Dr kaoje Said given the enormity of the challenges in the Kebbi PHC space, it is pertinent to note, that all cannot be addressed in one sweep.

Adding that State Government with support from the Federal Government and Development Partners is working, tirelessly, to sincerely address some of the challenges.

Dr. Kaoje, therefore, called on the media and the so-called “common man advocates” such as the MAWA foundation and social media groups to please always endeavor to balance their stories before going on air or published to avoid distorting the facts and misinforming the gullible public in the name of protecting their interest, he added.