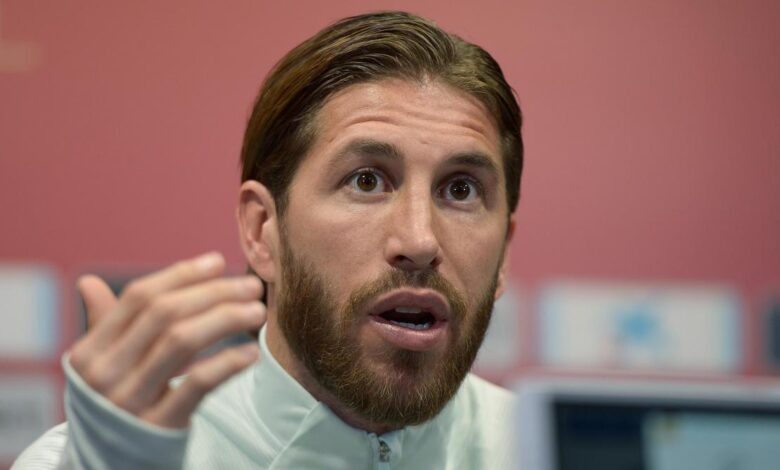 Former Real Madrid defender, Sergio Ramos seems to be trending for the wrong reason after it leaked that the Spanish all-time leading goalscoring defender asked Luis Rubiales, head of the Spanish Football Federation, to help him win the Ballon d’Or in 2020.

It was revealed in a leaked audio clip that the Paris St-Germain defender was trying to bribe his way to win the Ballon d’Or award in 2020.

Sergio Ramos, the then captain of Real Madrid, was recorded in conversation with Rubiales sometime between July and August 2020, according to Spanish outlet El Confidencial via Mundo Deportivo.

Ahead of the Ballon d’Or award, which was later cancelled in 2020 because of the Covid pandemic.

His voice was heard pleading his case for victory to Rubiales and openly asking for his support.
According to the audio clip it said: “You know that I’ve never asked you for anything but if I want to do it today it’s because I think this has been a special year for the performances I’ve delivered.”
“I would like you to help me in whatever way you can and use your connections at UEFA linked to the Ballon d’Or.”

Sergio Ramos further said: “I would be grateful to you all my life, not only for me but also because I think Spanish football deserves it very much.
” The special performance the defender was referring to was how he helped his side Real Madrid won the La Liga title that season.
They were unbeaten in the final 11 games of the season, which included a 10-match winning streak to take the championship.

Rubiales replied that Ramos deserved to win the Ballon d’Or and wished him luck for the upcoming Champions League campaign, according to Mundo Deportivo.
He added that while he didn’t decide on the award, he would help in any way he could.
But at the end of the day, the award was cancelled due to the Covid-19 outbreak although everybody saw Robert Lewandowski as the best person to win the award.
The Polish man won both the Champions League and the German Bundesliga.