Menu
Home Politics 2023: Atiku’s Choice of Okowa as Running Mate Has Put us on Edge in APC – Eze
Politics 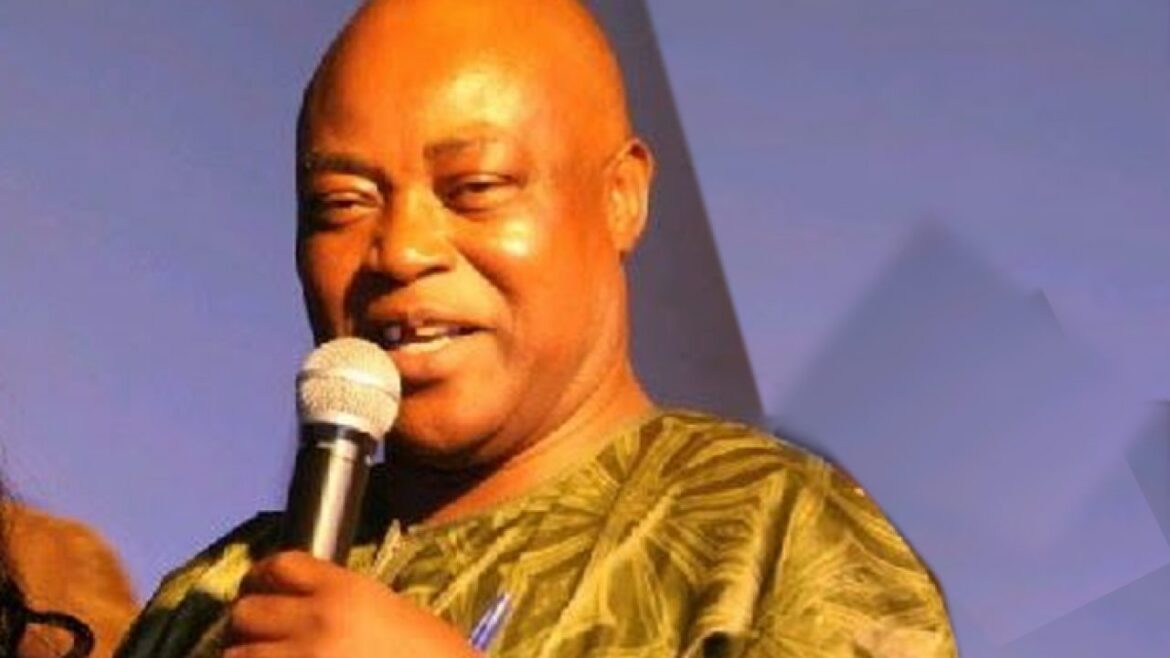 A chieftain of the All-Progressives Congress, a member of APC Legacy Projects Media Team, and erstwhile National Publicity Secretary of the defunct New People’s Democratic Party (nPDP), Chief Eze Chukwuemeka Eze, has said the choice of Delta State Governor, Ifeanyi Okowa, as running mate to the PDP presidential candidate, Alh. Atiku Abubakar is keeping us in the APC on our toes ahead of the 2023 elections.

In a statement made available to media houses in Port Harcourt, the party chief said the reverse would have been the case had the former Vice President picked Nyesom Wike, Governor of Rivers State, whose record in public service is tainted with bribery, endemic corruption and fanfare of squander mania with huge legacies of collapsed education and health systems, a crippled civil service, and a suffocating state economy as occasioned by his miserable seven years maladministration in Rivers State.

Recall that billions of Rivers’ money were needlessly wasted on the failed PDP presidential ticket pursuit of Gov. Wike, after which he resorted to lobbying for the party’s Vice-Presidential ticket, a project which gulped more billions with no result.

Chief Eze Chukwuemeka Eze expressed appreciation to both the leadership of the PDP and her Presidential candidate, Atiku Abubakar – the Waziri Adamawa, for rejecting the outcome of the PDP Vice Presidential selection committee which was believed to be heavily induced financially by Wike.

The party chief said had Atiku paid attention to Wike’s recklessness with the public fund and not minding all the abuses he poured on him before the presidential Convention of PDP handed him the VP ticket, it would take the state some dozens of years to recover from the wastage and financial misadventures that would befall the state from the selfish political venture of a man that lacks what it takes to be a political leader in the true sense of such an office.

“Both Atiku and the Leadership of PDP may not appreciate or understand what great relief they have brought to Rivers State and her people by these strategic feats.”

To those threatening to scatter and destroy PDP and antagonizing the choice of Dr. Ifeanyi Okowa as Atiku’s running mate, Chief Eze said the emergence of the Delta State Governor appears strategic and thoughtful to us as their major political rival.

There is no way anybody can compare the leadership and academic or administrative leadership and prowess of Okowa with the emptiness and loquacious carriage of his Rivers State counterpart, Nyesom Wike.

The fact remains that Governor Nyesom Wike after working with him for some years is a workaholic, a political strategist of a high class, mobilizer of note but recommending him to Atiku is not only a great disservice to him but to the PDP as a Party knowing very well that Wike doesn’t have anything to offer administratively.

Resting the responsibilities of the Vice President of a country like Nigeria on Wike should PDP wins the 2023 general elections would be the greatest risk this country would have imagined, but Nigerians would have also rejected such a lazy man at the polls and that would be a great electoral misfortune for the PDP and Nigeria.

It would have been a huge risk to Nigeria to put Wike on the presidential ballot.

Eze reiterated that those who are rooting for Wike to be on the Presidential ballot are true enemies to Rivers State and her Treasury.

“The fact remains that with the emergence of Atiku and Okowa as his Vice, those of us in the APC are put on edge to seat up and avoid a calamitous electoral outing in 2023.

Since Atiku made his choice, I have been put under serious pressure knowing very well that Okowa both as an Igbo man and a great and respected leader in the South-South, may actually trouble us in the APC and that is why we must be in our best strategies to be able to defeat the PDP.”

On Gov. Wike running from one political leader to another and from one political organization to the other, Chief Eze said having been put in his place, the garrulous Rumuepirikom man is beginning to shop for relevance even when he deserves none.

Eze warned those attempting to lure Wike to APC to be wary of his current electoral worthlessness as such a move will not give the APC the desired result in 2023.

“Even when the electorate is not with him, I am very aware that some elements in APC are still doing their best to appreciate Wike for all the damages he has done in scuttling the stability of APC in Rivers State and South-South as a whole.

Eze who was once an ally to both Atiku Abubakar and Governor Nyesom Wike counseled the Governor to stop disturbing the peace of the State and find a way to use Rivers State money for the betterment and upliftment of Rivers State and her people.

He said those who have turned Rivers State as a sort of political Mecca just to ensure the continued liquidation of Rivers State to desist as a day of reckoning will surely come  no matter the odds.