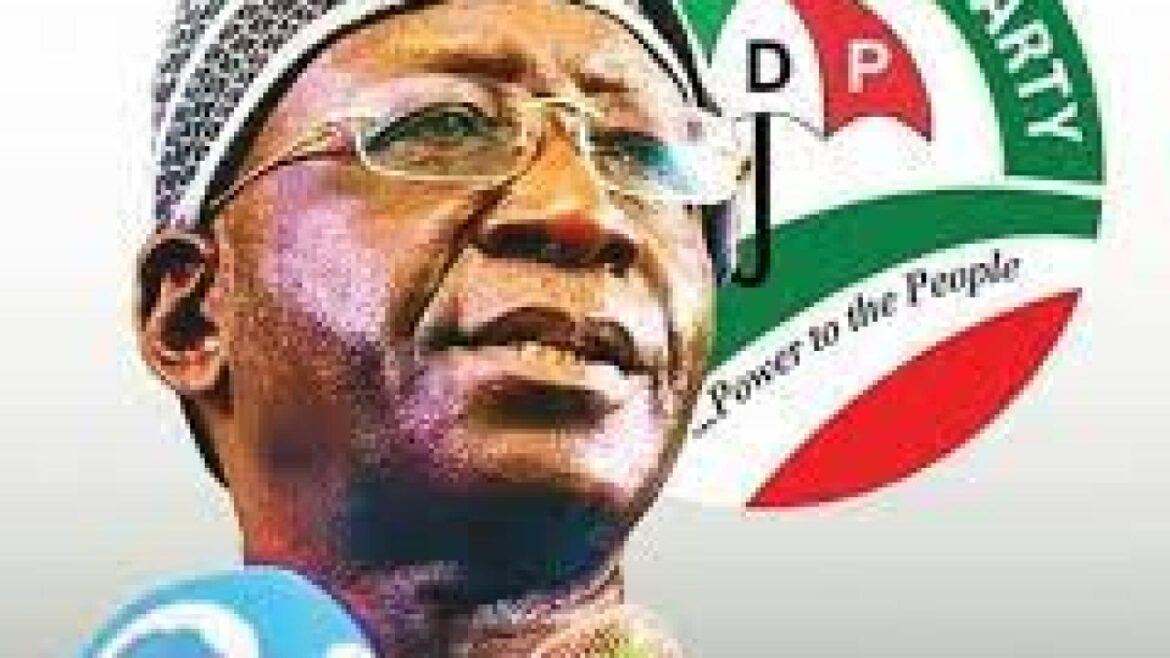 Ahead of the Osun State Governorship Election scheduled for July 16 and the 2023 general elections coming up in eight months’ time, the People’s Democratic Party (PDP) is enmeshed in a fresh crisis over the choice of Delta state Governor Ifeanyi Okowa as running mate to former Vice President Atiku Abubakar, the party’s presidential candidate.

The announcement came 24 hours after the Advisory Committee tasked with the responsibility of coming up with Atiku’s running mate voted in favour of Rivers state Governor Nyesom Wike.

Consequently, many of the party stakeholders, especially governors sympathetic to Wike’s plight, were shunning the party’s affairs.

It is also on record that the PDP announced the names of the Ekiti State Governorship Campaign Council, but failed to inaugurate and didn’t campaign in the state.

On Wednesday, 11 out of the 13 governors elected on the PDP platform shunned the inauguration of the Osun state’s 128- member National Campaign Council.

PDP had, Monday, announced all the governors as members of the campaign council.

However, at the inauguration, Wednesday, only the governor of Delta state, and Taraba state Governor Darius Ishaku attended the ceremony in Abuja.

More shocking was the absence of the only PDP governor in South West, Seyi Makinde of Oyo state, and chairman of the campaign council, Bayelsa state Governor Douye Diri stayed away without any explanation.

News Direct gathered that the governors’ attitude towards the party was not unconnected with their misgivings about how and who Atiku picked as running mate.

Confirming that all is not well with the PDP, Governor Ortom disclosed that he’s in hibernation because Atiku’s action fell short of their expectations.

Ortom who appeared on Arise TV Wednesday explained that “I was among the 17-member committee set up by Atiku, and 14 of us in the committee said the person should be Wike.

“Unfortunately, Atiku picked Okowa that is his wisdom. You cannot ignore the decision of a committee you set up yourself and expect people to be happy. For now, I have gone into hibernation.”

Asked if he would support the candidature of PDP, Ortom didn’t give a direct answer but said, “I am in hibernation. I am praying. When I finished the prayers and whatever God directs me, I will do.”

He further said: “We expect Atiku to do more but we are not seeing that.”

On the allegation that Wike was ignoring Atiku’s calls and emissary, the Benue state governor said, “They should stop that. Atiku should go to him. Why won’t he ignore their calls? Is that not an insult? Wike is a pillar in the party. Currently, nobody in the party has contributed more for the party to move forward than Wike.

“If Atiku was not going to honour the decision of the committee, he should have called Wike earlier and informed him. He didn’t do that. You can’t do things anyhow and expect us to be happy.”

With commitment, we ‘ll deliver – Okowa

Speaking during the inauguration of the Osun National Campaign Council, Okowa stressed that only with commitment PDP would win the Osun governorship and the 2023 elections.

The governor who claimed they won the 2018 Osun State Governorship election, alleged they were cheated out by the All-Progressives Congress (APC)-led federal government.

“As we move into another election, we are confident that if all of us, all of us stay committed to the party, that we will be able to deliver the victory for our party,” he said.

He added that “Osun state obviously is a PDP state. We have great leaders who have a very clear understanding of the politics in that state.”

Okowa urged all party leaders and followers in the state to quickly bridge the gaps of the divide to give room for victory.

“There is a lot of work to be done. It is not a fun fare, and I believe that the membership of the campaign council inaugurated today is capable enough to truly go out there to deliver the state to the PDP.

“From the information that we have, the APC is already in disarray in the state but that is not enough for us to go to sleep.

“I believe nobody wants Nigeria to continue the way it is today. The very, very difficult times that we are in have been brought to us by the bad governance of the APC government.

“We believe that we are able to redeem Nigeria, rescue it and begin a process of rebuilding this nation. Yes, we were in the office and made some mistakes. We have learned our lessons, and we have apologized to Nigerians. We’re coming back as a rebranded PDP and we are going to entrench democracy,” he said.

“And I believe with the caliber of people that have been selected to steer this campaign organization, I have no doubt that you will give us the desired result,” he said.

Ayu remains chair of the Party

Meanwhile, News Direct exclusively gathered that many party stakeholders, especially from the south are asking for the removal of PDP National Chairman, Iyorchia Ayu.

A credible source who does not want his name mentioned in print said: “The truth is some members want Ayu to go.

“A few are of the view that the Chairman and party’s presidential candidate cannot come from the same zone. Others think the man has failed.

“The southern governors, who are the majority in the PDP governors’ forum are also unhappy with Ayu. So, they want him out and replaced by a Southerner”.

Reacting to this and refuting his alleged suspension over misappropriation, Ayu described the report as mischievous, saying he took a well-deserved, two-week leave on 21st June 2022.

In a statement Wednesday by his Special Adviser on Communication, Simon Imobo- Tswam, Ayu said he would be back next week to resume duties, specifically on July 6, 2022.

He said, as a stickler for due process, he formally handed over to the deputy national chairman (North), Amb. Damagun.

The statement partly read: “It was in that acting capacity that he (Damagun) today presided over the inauguration of the Osun State Gubernatorial Campaign Council, headed by the Executive Governor of Bayelsa State, H.E. Douye Diri.

“If not that the authors of the mischievous and baseless Facebook posts were out to serve nefarious interests, they would have heard when the acting national chairman, Amb. Damagun, said during the ceremony today: “On behalf of my able National Chairman, Dr Iyorchia Ayu, I hereby inaugurate you.”

“The general public is, therefore, advised to ignore the mischievous social media publications as they are purely the work of mischief-makers and idle minds.”