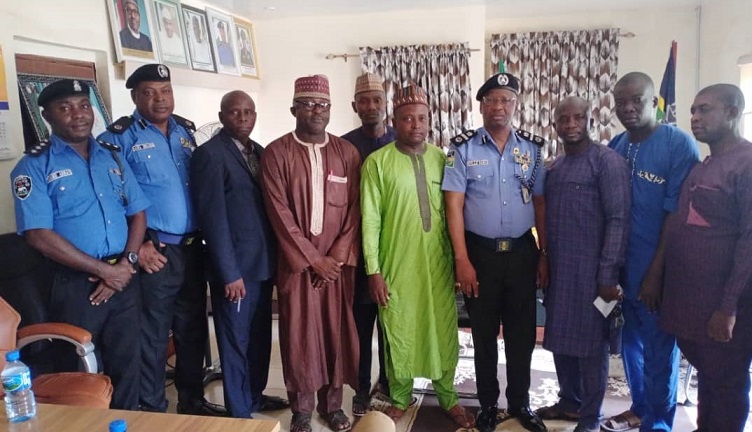 In his address, Comrade Harisu said they were at the AIG’s office to familiarize themselves with him and the Nigeria Police Zone 10 Sokoto as they have not had the opportunity to see him formally to discuss issues since his assumption of office.

He explained that the relationship that exists between the Nigeria Police and his union is intertwined, adding that both interface between the masses, hence cannot do without each other.

“It’s on this note, that we came to further strengthen the relationship and to formally aligned with the AIG and members of his management team, ” the chapel chairman added.

In his remarks, the AIG Zone 10, Bello Sani Dalijan thanked members of the Correspondents’ Chapel and pledged his unalloyed support to journalists.

He stated that all his life in service as a Police officer, he had maintained a very good working relationship with journalists due to job similarity, especially in terms of risks.

He pointed out that Police and journalists are always at risk as pressmen are usually found on war fronts, seeking for news to feed members of the public, and sometimes get killed in the line of duty.

He however promised to give the needed support to journalists just as he does before to ensure smooth service delivery to the members of the public.

In his vote of thanks, the Vice-chairman of the union, Malam Samaila Umar appreciated the AIG for the warm reception he accorded the members of the correspondents’ chapel.

He said the Chapel would continue to partner with the police with a view to ensuring peace and harmony in the state.