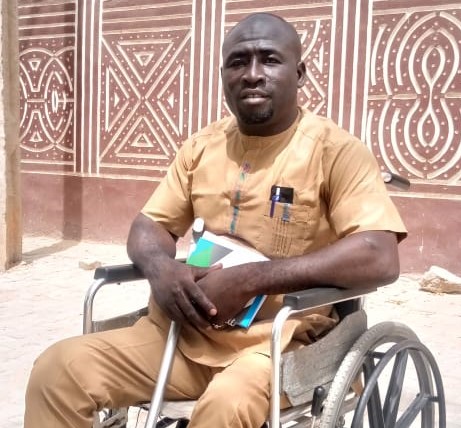 The need for intimate relationships under any clime cannot be overemphasized as the natural demand for love, warmth, closeness, companionship, social validation, and acceptance underscores the essence of life and existence.

However, over the years, (People with Disability) decry societal low commitment and support to build marital relationships with them.

The ensuing relational difficulties faced by PwDs are shaped by many uncompromising structural, organizational, and attitudinal barriers which appear to define the group’s perception of sexuality and relationship with able-bodied persons.

According to Mr. Victor Adejoh, a psychologist, dating someone with a disability does not show any difference from dating a non-disabled person as the same rules and boundaries apply.

However, Mr. Ibrahim Daniel Aromeh, Chairman, Kogi State Disability Board said the issue of relationships in the disability community goes far beyond rhetoric as he identified the twin challenges of discrimination and stigmatization, coupled with poverty as formidable factors.

He said that the combination of these factors foisted on the PWDs by the society has rather aggravated their plight in attaining and sustaining relationships.

Aromeh said relationships and the marital issue remained a serious issues in the disability community.

Narrating his personal experience, Aromeh said he was in a relationship for five years with the hope of getting married to the lady but stigma, discrimination and humiliation dotted the years because of his disability until God intervened.

“The lady in question accepted to marry me and the mother was in support but some other relatives were not in support. They were able to convince or rather, confuse the father who kicked against our relationship.

“The father stood his ground that it would never happen in his presence, that ‘his own daughter’ would get married to a man with a disability, and wondered what had happened to able-bodied guys.

“The situation led to a long courtship as I was desperate to obtain the father’s consent. We were waiting to ensure that the consent of the father and the mother was given for the wedding to take place.

“We kept praying until at a point, God intervened and touched his heart and suddenly, the father called one day to tell me he was sorry, saying that he was misled by friends.

“He asked that I should forgive him, that he never knew the enormity of his actions adding that it wasn’t his original mind.

“And after that day, I think within two or three months later, we wedded, and today as I speak with you, I am blessed with a child.

“To the glory of God, we gave birth to a child who is not with any form of disability and that goes to show the kind of God we have.

“We have many ugly stories in the disability community. A lot of people look at men with a disability as different from other men in society just because of that physical deformity.

“So, I use this medium to encourage the society that though we have various forms of physical disability, it has nothing to do with our relational and marital lives,” he said.

Mameh who narrated her ordeal said she had a steady boyfriend from her secondary school days but remained a virgin all through the period.

She said that after their secondary education, the boy proceeded to the University while she went to a Polytechnic but as they were getting serious, the parents of the boy became averse to the relationship.

The boy however told her not to worry as he promised to insist on marrying her but with time and distance between them, the relationship waned and fault-finding set in culminating in eventual separation.

“From that time, I have been jilted several times. Sometimes, I see it as normal because it is also happening to those who are normal and without any form of deformity and it was, therefore, not a strict disability issue but now, I know better.

“Disability has a lot to do with it and has remained the major factor in my case but I don’t see myself as a disabled person or physically challenged. I am healthy.

“I was not born this way. The story is that I developed an abscess from an immunization injection administered to me when I was a toddler. According to my mother, the thing got infected and affected my bone.

“I limp on one side. Is that enough to make men run away from me? I have, however, for long, resigned to fate and I have been living my life this way. One thing is sure, I will never allow them to deceive me again. I have learned bitter lessons”, she concluded.

The coordinator of ‘Advocacy for Women with Disability Initiative’ in responding to a question said, ” Yes, I am into a relationship. The guy accepted me the way I am, my weaknesses, my strength and all.

“The ability for us to accept that other person irrespective of his or her weaknesses, strength and shortcomings is what is called, Love. It is not about material things or money; it is accepted without dissimulation.

“I encourage women with disabilities not to give up though it is not easy because sometimes it comes with a lot of crises, tears, heartbreaks, you can be jilted, sometimes the relationship may appear not working.

“The downfall of a man or woman is not the end of his or her life but the beginning of his or her rising. You need to be strong. There’s a man for every woman”, she said soothingly.

On the possible way to address or assuage the discrimination and stigmatization, a trained Psychologist, Counselor, and Relationship Advocate, Mr. Victor Adejoh has advocated the fine-tuning of mindset.

The Psychologist advised that PWDs should have different levels of counseling before going into any relationship.

“This means that from the start of the relationship they should be clear about what the journey is going to be”, the Counselor said.

He reiterated the need for a clear definition of the relationship from the onset to identify the realities and plan what would happen from the economic perspective to the “burden of care.”

“I have in my church, a man that I am sure, was not born blind.  His wife takes him everywhere and he looks good.

“The wife has accepted the burden of care and that accounts for how the man looks.

“You don’t just jump into a relationship for the sake of it. Most times because people with disabilities are usually discriminated against and stigmatized, they are also very fragile.

“They accept people who just come around for physical pleasure as against the depth of connection that they might seem to think.

“It is good that relationships are built on love, empathy, and compassion as against pity and sympathy,” Adejoh hinted.

A marriage Counselor, Charles Thompson urged society to be open to learning about the physical and sexual needs of PwDs, keep an open mind and heart, and listen to show them that you’re willing to learn.