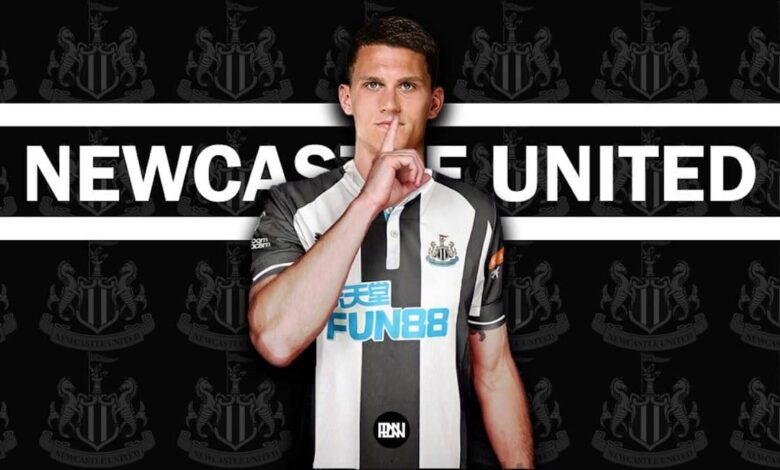 English Premier League side Newcastle United have hijacked Manchester United target Sven Botman from Ligue 1 top side Lille.
They have agreed a deal in principle with Lille to sign the defender for a fee of £32m with a further £2.5m in add-ons.
The 22-year-old Dutchman has completed his medical on Tyneside and agreed terms on a five-year contract.

The formalities of the transfer are set to be concluded this week. But Newcastle United’s move for French forward Hugo Ekitike from Ligue 1 club Reims has met it end as the deal could not be agreed.

It is understood the player’s agent’s demands proved a stumbling block to the move for the 20-year-old going through.
France Under-20 international Ekitike ws close to joining Newcastle United in January, but had second thoughts on deadline day.

Botman, though, is the club’s third summer signing after they bought Aston Villa left-back Matt Targett and Burnley’s England goalkeeper Nick Pope.
Centre-back Sven Botman, who has been capped by Netherlands at under-age level, had also attracted interest from AC Milan.

Newcastle also tried to sign him in January and, having finally landed his main summer target, manager Eddie Howe has strengthened his entire defence since he assumed office in November last year. Botman made his way through the Ajax youth teams before completing a move to Ligue 1 side Lille in 2020 for £7.2m, where he has made 79 appearances across all competitions.