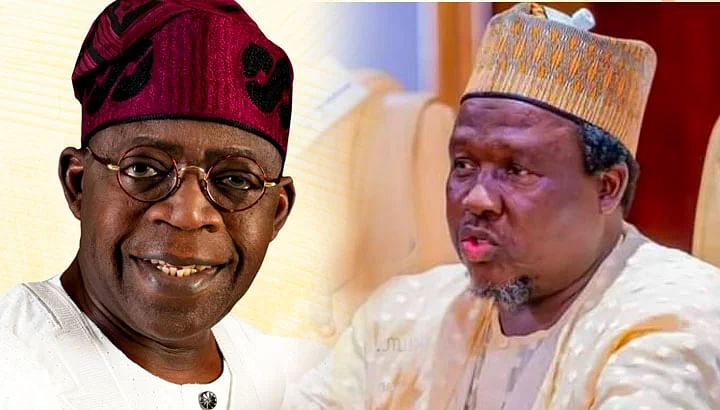 Checks by Nigerian Tribune revealed that Masari in particulars submitted to INEC deposed to an affidavit on the loss of his primary and secondary schools certificates.

The APC vice presidential candidate in his particulars disclosed that he attended Masari Primary school, Katsina State between 1972-78 and obtained a Grade 2 Certificate from Katsina Teachers College in 1982 and a Higher Certificate in 1995.

In the “Sworn Affidavit for Loss of Some Original Documents” sighted by the Nigerian Tribune, Kabiru Masari recalled that in January 2021, while on transit within Wuse, Area FCT, Abuja he lost his Certificate of Occupancy for land located in GRA, Katsina along with his Grade 2 Certificate from Katsina Teachers College and First Leaving Primary School Certificate issued by Masari Primary School, Katsina State, (1972-78).

According to the extract from Police Diary obtained from Divisional Police Headquarter, Wuse Zone 3, Abuja attached to his particulars, “he further stated that all efforts made to trace the items proved abortive.

“The complainant is issued with Police Extract and informed that the extract is not a substitute for the lost items and was advised to go to any competent court of law to swear to an affidavit to enable him to get a replacement from the issuing authority.”

“That I am the above-named persons and bonafide owner of the under-listed documents;

“That sometimes in January 2021, while on transit within Wuse Area, FCT– Abuja, I discovered that my original Certificate of Occupancy of plot NoKT 17522, GRA Katsina Estate; Certificate of Kaduna State Development Centre from 1994-95; Grade 11 Certificate from Katsina Teachers College from 1979-83 and First Leaving School Certificate issued by Masari Primary School Katsina State from 1972-78 got lost;

“That all efforts made to trace the documents proved abortive hence this affidavit.

“That this affidavit is required for record purpose and for all authorities and persons concerned to take note.

“That I make this declaration conscientiously, believing same to be true and in accordance with Oath Act 2004 LFN.”