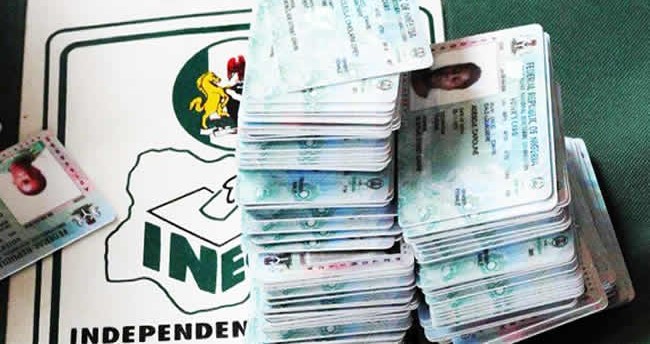 The enthronement of an act of governance in any society through a democratic process is not a situation in which people dance rhythmically to harmonic music such as jazz to while away time or engage in entertainment.

Political pundits affirm the truism that citizens of a country bring about democratic government and good leadership with cherished value to the people in response to their yearnings and aspirations, by being conscious of their civic responsibility to make such dreams a reality.

They contend that one of the means of ensuring a political system that fulfills the dream of the people for better living conditions, by the government, is by arming themselves with the necessary instruments for electing leaders, one of which is permanent voter cards (PVCs).

This, therefore, presupposes that PVC remains the key to unlocking the door of the inevitable right and civic responsibility of the people to elect leaders of their choice for effective delivery of dividends of democracy.

Realizing and imbibing the importance and concept of PVC, therefore, eligible voters throughout Nigeria have been trooping to INEC offices in the 36 states and the Federal Capital Territory, FCT to register in the ongoing continuous registration in readiness to vote during general elections next year.

As INEC intensifies efforts for the success of the ongoing exercise and the nation awaits the outcome early next year, it has expressed concern over the lukewarm of eligible voters who applied for PVCs, noting that those concerned refused to collect them.

In this regard, the INEC has disclosed that 20 million PVCs, a mandatory requirement for eligibility to exercise the voting franchise during an election, were lying in its offices nationwide because the applicants refused to collect them.

Its National Commissioner, who oversees the FCT, Nasarawa, Kaduna, and Plateau states, Mohammed Haruna, disclosed this at the inauguration of a campaign to drive the collection of PVCs and increase participation in the ongoing continuous voter registration.

He described the development as not only worrisome but also showed the declining confidence of the electorate in Nigeria’s faltering democracy.

“Many do not bother to register. Of those who do register, many never bother to collect their PVCs.

“This is a disturbing reality that should be reversed to make democracy inclusive and impactful on the country.

“It signposts a deep and unhealthy distrust by the citizens of the political class and associated political activities in the country, “he pondered.

Going memory lane, Haruna recalled that in the run-up to the 2019 general elections in the country, there were 84 million PVCs with the electoral umpire noting that of the figure, close to 20 million PVCs had not been collected to date.

The INEC National Commissioner reminded Nigerians, particularly the voters, that “the allure of democracy above all other forms of government is that, supreme power is vested in the people.”

He argued that when people refused to use their power to exercise their voting right to elect leaders, such power “loses its potency and its capacity to deliver beneficial outcomes when only a few participate in that ultimate demonstration of sovereignty.”

According to Haruna, the sad development is also a pointer to the fact that “incrementally, an overwhelming number of Nigerians have been surrendering their right to choose their leaders to a narrowing minority.”

Political enthusiasts, as well as stakeholders, believe that Nigerians, particularly the voting population must ponder over Haruna’s view on the lukewarm attitude of voters towards PVC, especially as 2023 general elections in the country gather steam and change for a new leaf.

Peter Ebohon, who toed the line of Haruna observed that some Nigerians are not helping the matter by showing apathy.

He said that some even believe that it is not their business to have PVC.

But he was quick in reminding this class of Nigerians that when the few citizens who registered would ultimately vote, this segment of the population would impose a poor imperceptible leader who would not perform to the expectation of the electorate.

The writer also drew the attention of pessimists towards PVC, that “,it is pertinent to note that the fundamental indices of underdevelopment in Nigeria; lack of adequate electricity, water supply, bad roads, lack of health care and decrepit educational infrastructure are as a result of this willful (self) disenfranchisement.”

“How do you describe a scenario in which you have some citizens crying for a drastic reversal of the high level of corruption, nepotism, religious intolerance, insecurity, ethnic rivalry and a whole of other malaises in the country yet refuse to register to have PVC.

“Are they not aware that PVC provides ample opportunity to correct the anomaly by using such document to elect they trust can change things for the better? through an electoral college,” Mal. Adamu Mohammed, a political analyst asked.

In a similar vein, Samson Itodo, Executive Director, YIAGA Africa, urged the eligible voting population in the country to get their PVCs in preparation for the 2023 general elections to avoid regret in the future.

Itodo, who advised in his address at a sensitization outreach organized for market men and women in Abuja, stressed that Nigerians must not sit on the fence but participate actively in the nation’s electoral process.

Mike Akande, a political scientist, who spoke while exchanging views with Business Day newspaper on the need for Nigerians to have their PVCs, detests excuses some Nigerians usually advance for their pessimism.

“I have always told everybody I meet that gives such excuses that none of such excuses is enough to justify not having the PVC. If we continue looking backward, we would not make the desired progress.”

Sharing similar sentiment of optimistic Nigerians on PVC, Professor Dickson Achimugu Musa, tasked all eligible voters to go for and acquire their PVC and be ready to use it to vote in the 2023 general elections.

Musa, a Professor of Pharmacological Biochemistry and Biotechnology, Ibrahim Badamasi Babangida University (IBBU), Lapai, Niger state, gave the task in Minna while contributing to the maiden edition of a monthly Political Round Table Discussion.

The occasion is a political awareness program with the theme: “Nigeria and the issues of Now: 2023 elections in View”, organized by a faith-based organization, the House on the Rock Church, Minna.

According to the academician, PVC and voting in the coming general elections become imperative, because Nigeria cannot attain the desired socio-economic and political greatness, comparable to its contemporary world over without performing their role by voting, and using PVC.

He said that armed with PVC, voters would be at a better advantage to vote and wrestle the country from people who believed that government and governance must continue to rest on the shoulders of people who had no interest in citizens at heart.

Prof. Musa argued that Nigeria had all that is needed to become one of the superpowers among third world countries but that lack of desired leadership had slowed its social, economic growth and development.

However, other citizens believe that all hope is not lost for the attachment of Nigeria’s growth and development if its citizens would develop a vested interest in its political development by having their PVC vote for new leadership for much better results next year.

“The President Nigeria needs in 2023 is someone who has the knowledge of Nigeria’s numerous socio-economic and political challenges and is willingly ready to fix them within the shortest time possible for the country to come back alive,” he assured.

Political observers think that Nigerians must shun political apathy, money politics, and for the electorate to see PVC as sinequanon to achieving the noble goal of enthroning a government that will bring enhanced dividends of democracy to the nation.

All said and done, various segments of the population in Nigeria and beyond the shores of the country believe strongly that PVC remains an indispensable “weapon” of peace at the disposal of eligible voters in Nigeria to enthrone a much better government in 2023.

Ahmed is a journalist and publisher; he can be reached via ahmeddada008@gmail.com